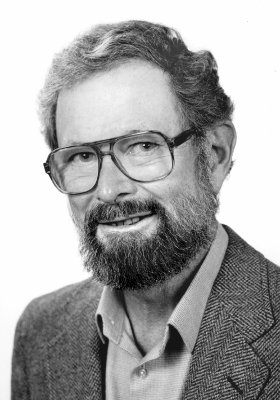 Smith received his bachelor’s degree in physics from the University of Pennsylvania and his masters and doctorate in physics from the University of Chicago. He then worked for Bell Laboratories from 1959 to his retirement in 1986. He first worked in the pure research department under Willard S. Boyle, then moved with Boyle into applied research—Smith specializing in device concepts. He did not really get promoted much, due to friction with his superiors, but continued research in various areas under various titles. His research included the charge-coupled device (CCD), the picture phone (integrating photolithography and silicon arrays), the electron beam machine, X-ray lithography, far UV lithography, and simulations of devices via the Cray computer. His career generally moved from pure research to applied research, in parallel with Bell Labs general shift of focus, as the parameters of which research avenues were dead ends and which were technologically feasible became clearer. He was involved with the IEEE from 1965, when he went into the device theory area, in the Device Research Conference, and EdCon. He got Electron Device Letters started, an achievement of which he is particularly proud. .

In 2009, smith shared the Nobel Prize in Physics with Boyle for their work on CCD.

Retrieved from "https://ethw.org/w/index.php?title=George_E._Smith&oldid=145873"
Categories:
This page was last edited on 26 January 2016, at 16:20.
About ETHW
Policies and disclaimers