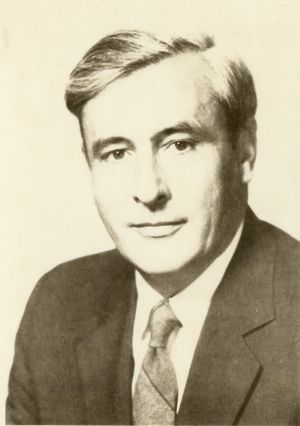 Canadian physicist Willard Sterling Boyle is best known for being the co-inventor of the charge coupled device (CCD). A CCD is a piece of metal smaller than a dime that captures and stores light and displays it by turning it into an electrical charge. These photoelectric image sensors made digital photography possible, and revolutionized astronomy, space science, and consumer electronics. The CCD is a crucial component of fax machines, digital cameras, and scanners.

Boyle was born on August 19, 1924 in Amherst, Nova Scotia. Boyle completed his secondary and graduate education at McGill University in Montreal, where he received his bachelor's, master's and doctoral degrees in 1947, 1948, and 1950, respectively. Before joining Bell Labs in 1953, Boyle spent one year at Canada's Radiation Lab, and taught physics for two years at the Royal Military College of Canada.

As a researcher at Bell Labs, Boyle helped developed the ruby laser and the semiconductor injection laser. He also worked temporarily at Bellcomm, a division of Bell Labs that offered technical support to NASA. Boyle worked within this division from 1962-1964, helping to select landing sites on the moon. In 1969 Boyle, along with his colleague at Bell Labs George Smith, invented the CCD. Boyle and Smith shared the 1974 IEEE Morris N. Liebmann Memorial Award for “the invention of the charge-coupled device and leadership in the field of MOS device physics.” Boyle retired from Bell Labs in 1979.

Boyle received numerous other awards and honors for his pioneering innovation including the 2009 Nobel Prize Award for Physics. He shared this honor with George Smith. Boyle passed away on May 7, 2011 in Wallace, Nova Scotia.

After winning the Nobel, controversy arose about the originality of their invention. Boyle and Smith claimed that the CCD emerged from an informal brainstorming at Bell Labs, creating an initial design after just one hour of effort. Eugene Gordon, who worked with Bell Labs’ Michael Tompsett to develop a miniature video camera using CCD technology, claimed that Boyle and Smith were trying to create a memory circuit, rather than imagining technology. The patent for Tompsett's palm-sized video camera was 4,085,456, while Boyle and Smith’s CCD patent was awarded four years earlier (Number 3,858,232) for "Information Storage Devices."

Retrieved from "https://ethw.org/w/index.php?title=Willard_S._Boyle&oldid=166540"
Categories:
This page was last edited on 1 October 2018, at 17:48.
About ETHW
Policies and disclaimers