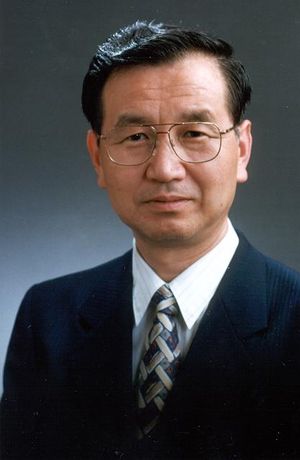 Fujio Masuoka is known as the inventor of flash memory. He was born on May 8, 1943 in Takasaki, Gunma. After receiving his doctoral degree (1971) from Tohoku University, he joined Toshiba. In 1994, Masuoka became a professor at Tohoku University, where he is now an honorary professor. In 2005 he joined Unisantis Electronics, Ltd. as the chief technology officer, a position he continues to hold. Here, his work is focused on developing a three dimensional transistor.

Masuoka has received many awards and wide recognition for his research and invention. In 1997, he was the recipient of the IEEE Morris N. Liebmann Memorial Award.

Retrieved from "https://ethw.org/w/index.php?title=Fujio_Masuoka&oldid=145814"
Categories:
This page was last edited on 25 January 2016, at 20:34.
About ETHW
Policies and disclaimers