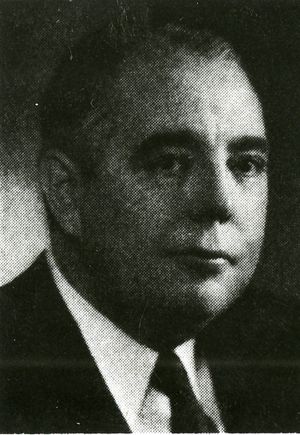 Frank A. Cowan was born in Escatawpa, Alabama, on August 30, 1898. He received his bachelor of science degree in electrical engineering from the Georgia Institute of Technology in 1919. A few months after graduation he joined the long lines department of the American Telephone and Telegraph Company and in 1922 was transferred to its engineering department in New York. Mr. Cowan's early assignments involved transmission testing methods and field trials of new long-distance communications systems. He also was concerned with the development of such special services as network program transmission, overseas radio telephony, and the transmission of pictures by wire. In 1928 Mr. Cowan was appointed engineer of transmission for long lines. In 1940 he was placed in charge of the transmission section of the operation and engineering department of the company. Nine years later he returned to long lines where he was in charge of the engineering staff and was involved with the engineering aspects of long lines activities arising from regulatory proceedings. Mr. Cowan won a number of patents, prominent among these are bridge- and ring-type modulators and demodulators widely used in communications systems in his day. Another of his inventions first built in his own workshop and later employed throughout the Bell System, was a direct reading telegraph transmission measuring set.

In 1946 Mr. Cowan was the U. S. delegate at meetings of the international Consulting Committee on telephony and was a senior member of the Institute of Radio Engineers. He served on numerous American Institute of Electrical Engineers (AIEE, now IEEE) Committees and was awarded the AIEE Lamme Medal for 1953 "for his outstanding contributions to long distance communication and the development of modulating and transmission measuring apparatus of original design and wide application."