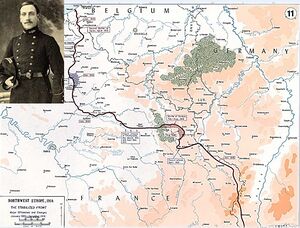 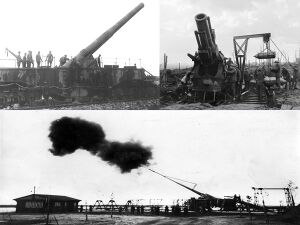 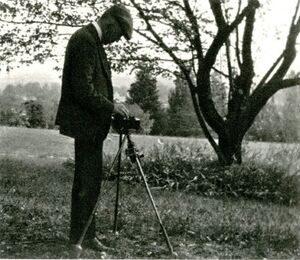 FIG. 3 Schlumberger in a field recognition, 1920 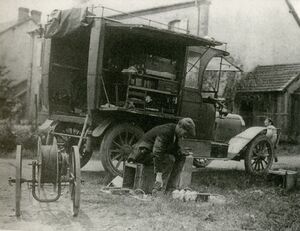 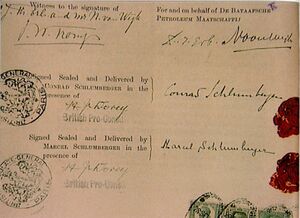 FIG. 5 Agreement signed in 1925 with the representatives of SHELL 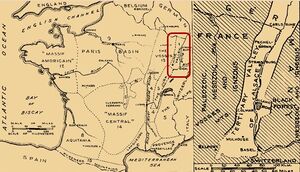 FIG. 6 Map of the 15 geologic provinces of France. Detail of the Rhine Valley province where are located the Alsatian petroleum fields. 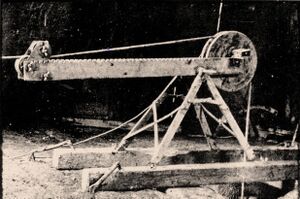 FIG. 7 The pulley used to line down the wire used for the carottage électrique. It was utilized a pulley already present on the field and commonly used to lift/lower tool into the wells and shafts. 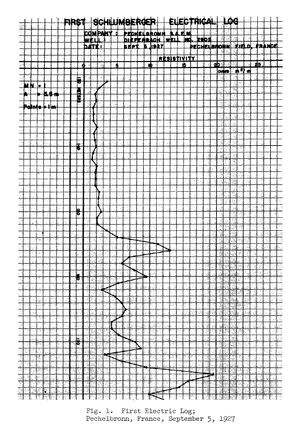 Academia, battlefield, and the beginning of a new business[edit | edit source]

François Conrad Schlumberger, 1878-1936 (he always signed and introduced himself as Conrad Schlumberger) was a Professor of physics at the Ecole des Mines of Saint-Etienne[1] (1906-1907) and then at the Ecole des Mines of Paris[2] (1907-1914/1919-1922). In 1911 he began experiments here on electrical prospecting and systematic studies for surface electrical surveying. In the same year, he completed the first mapping field work and filed his first electrical prospecting patent; in 1913, he achieved the first world geophysical survey (a tectonic study) of non-magnetic ore deposit, identifying a sedimentary basin of sulfide ore bodies with artificial electrical impulses by using the mise-à-la-masse method (also called charged-body potential method or excitation-at-the-mass method).

From 1915 to 1918 Conrad served in the French Army, with the rank of captain, and was assigned to an artillery battery. He succeeded in “pinpointing” enemy long-range cannons by measuring the refraction of sound waves (FIG. 1-2).

In 1919, his father, Paul Schlumberger, a wealthy entrepreneur, was worried about the intentions of his two sons to focus their career on humanities and social sciences, and financed 500,000 French Francs (about $1.8 million in modern currency) to Conrad and his younger brother Emile Henry Marcel Schlumberger, 1884-1953, (always referred to as Marcel Schlumberger) upon the signature of a contract in which they committed to research on prospecting the subsoil by electric current for commercial purposes.

In 1920, they introduced a new commercial application of electrical exploration techniques (FIG. 3-4); in 1922-1923 they capitalized on the fortunate discovery of petroleum in Romania, implementing the first large scale electrical survey for petroleum, which led to discover a petroliferous dome. The news spread quite rapidly: from 1923 to 1925 they completed surface electrical surveys for petroleum in Belgian Congo, Canada, Romania, Serbia, & Union of South Africa. The SHELL petroleum company showed interest in the Schlumberger methods and in 1925, its emissaries asked for a custom demonstration in the petroleum fields of Alsatia. Eventually they were contracted by SHELL to work in the USA and Venezuela (FIG. 5).

A new injection of money and notoriety came during the 1926 strike of huge salt deposits in Alsatia. The Schlumbergers were in the spotlight. The skills of the two brothers and the endowment of their father found success on July 1st, 1926 when the Société de Prospection Électrique - Procédés Schlumberger (Electric Prospection Company - Schlumberger Processes) was established.

Not a family of quitters: the turn of Pechelbronn[edit | edit source]

In 1927, the positive trendS suddenly halted. The contracts with SHELL got rescinded due to the lack of results, and negative rumors in the petroleum industry began to spread. Conrad and Marcell were literally kicked out the fields of SHELL, losing money and further damaging their reputation. They needed to regroup, and to do that they moved back to the Alsatian petroleum fields, where the Schlumberger family had been for centuries. German by origin, the family was rooted in Alsatia for generations and held territorial administrative duties in addition to being active in the petroleum business. Conrad and Marcel Schlumberger came from an influential and respected family of Alsatia, and felt they had petroleum in their blood, and the family's reputation to defend.

Between 1925 and 1927, Marcell Schlumberger was the administrator of the Société Anonyme d’Exploitations Minieres de Pechelbronn, the main player in the area. Here the well was located, in which the Société de Prospection Électrique implemented the first experimental subsurface electrical coring technique on September 5, 1927.

The Société began measurements in mine shafts and open holes in 1921 to obtain accurate resistivity data of various formations for better interpretation of their surface observations. The shafts, pits, and tunnels of a standard mine are large enough to let pass through men and machinery. A petroleum borehole diameter section at that time was generally not larger than 12-18 inches, and this was the main difficulty to overcome.

Conrad and Marcell were not on the site that day. The survey was implemented by 24 years old Henri Doll just graduate at the Ecole de Mines, (future son in law of Conrad), Roger Jost and Charles Scheibli, employees of the Societe de Prospection Electrique, They used a pretty rudimentary, partly ‘home-made’, but efficient series of cables, a hand moved winch already in use on the field, and a set of instruments including a potentiometer, three conductive cables gathered with insulating tape each five meters section, a probe weighted by pieces of lead and electric batteries (FIG.7). This first attempt required 15 hours of operations, which allowed the crew to map with precision the hole to a depth of 140 meters. It was the first of a long and fortunate series of successes (FIG.8).

Beginning in July 1928, the Schlumberger brothers had a crew commercially operating electrical coring methods in France. In 1929, E. G. Leonardon, manager of Schlumberger Electrical Prospecting Methods, the New York branch, convinced the Schlumberger brothers to publicize their well logging techniques via technical publications. The same year they presented papers at international conferences in New York on February and Paris in November. This move turned out to be an inexpensive form of promotion and attracted many clients. Between 1920 and 1940 Conrad and Marcel Schlumberger, Henri Doll, and Eugene Leonardon carved a niche for themselves in a sprawling, American dominated petroleum industry

Years of research and development, the decision to adapt their technology to the needs of the geologist and the petroleum engineer, the perseverance in a difficult market; and, strong family business culture are the factors that made the Schlumberger brothers entrepreneurs-innovators. Conrad the scientist and Marcel the petroleum manager converged scientific inventiveness and managerial pragmatism to made of the Carottage Électrique, a commercial geophysical technology for the petroleum industry.

Retrieved from "https://ethw.org/w/index.php?title=François_Conrad_Schlumberger&oldid=185970"
Categories:
This page was last edited on 13 August 2021, at 19:29.
About ETHW
Policies and disclaimers