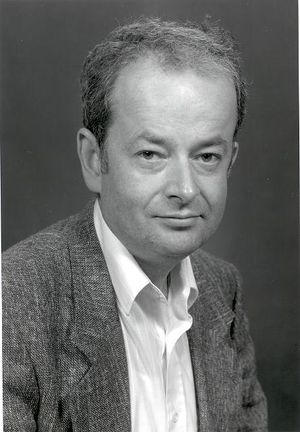 Operating at the interface between applied and basic solid-state science, Dr. Federico Capasso has long been recognized by his colleagues as a trailblazer in the fields of semiconductors and lasers. At Bell Labs in Murray Hill, New Jersey, Dr. Capasso pioneered the design of artificially structured materials and devices using semiconductor heterostructures.

This approach, known as band-structure or bandgap engineering, allows devices to be tailored to specific applications, opening up research directions and commercial possibilities in photonics, electronics and nanotechnology. His seminal work on the quantum cascade (QC) laser has similarly revolutionized infrared science and technology by giving access to the midinfrared spectrum. QC lasers have found wide-ranging applications in chemical sensing, medical diagnostics, spectroscopy and trace gas analysis. Dr. Capasso's many other contributions include multilayer low-noise avalanche photodiodes, the solid-state photomultiplier and seminal mid-eighties work with quantum electron devices that revived interest in multilevel logic and coding.

Dr. Capasso launched his 26-year career at Bell Labs in 1977 as a member of the technical staff. He was vice president of physical research from 2000 to 2003, when he left to become the Robert L. Wallace Professor of Applied Physics at Harvard University in Cambridge, Massachusetts. A Fellow of the IEEE, the American Physical Society, the Institute of Physics, American Academy of Arts and Sciences and the Optical Society of America (OSA), Dr. Capasso is a member of the U.S. National Academy of Sciences and the U.S. National Academy of Engineering. His honors include the IEEE David Sarnoff Award and OSA's R. Wood Prize. He has published more than 300 papers and holds over 40 U.S. patents.

Dr. Capasso won the 2004 IEEE Edison Medal "For a career of highly creative and influential contributions to heterostructure devices and materials."

Retrieved from "https://ethw.org/w/index.php?title=Federico_Capasso&oldid=156586"
Categories:
This page was last edited on 14 September 2017, at 14:58.
About ETHW
Policies and disclaimers