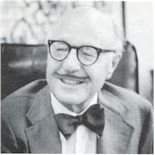 In 1928, the Detroit Police Department installed the world's first one-way radio communication devices in its patrol cars- but mobile radio communication actually dates back much further. Between 1921 and 1927, radio buffs Kenneth R. Cox, Walter Vogler and Bernard Fitzgerald, all Detroit police officers, experimented with radio sets they installed in the back seat of a Ford Model T police patrol car. The receivers picked up signals, although inconsistently, since radio stations of the day operated at a frequency band just over 2 MHz. Broadcasts faded out frequently when the car passed large buildings or traveled under railroad bridges.

In 1928, the Detroit Police Department had installed the world’s first one-way radio communication devices in its patrol cars. This system allowed the department to send alerts and information directly through officers’ regular car radios.
One-way radio communication in patrol cars had become standard throughout the United States, but by 1933, the Bayonne, New Jersey Police Department equipped their vehicles with a new system. By combining a transmitter and a receiver, the Bayonne police now had a new two-way system, allowing communication between patrol cars and the police station. However, the system had poor sound quality.

In 1939, at the request of the Connecticut State Police Commissioner, Daniel Noble (IRE Fellow) designed a two-way FM mobile radio system for the state police. The system began operations in Hartford in 1940, inaugurating the nationwide switch from AM to FM.

AT&T launched its mobile telephone service commercially on 17 June 1946 in St. Louis, Missouri, at a frequency of 150 MHz. Then in 1947, the company demonstrated a mobile telephone system from both a United Airlines jet and a moving train to ground stations. It also developed the concept of cellular telephony that year, but did not yet have the technology to build on the concept.

Throughout the 1950s, AT&T, Motorola and others continued their cellular technology R&D efforts. It was not until the late 1950s and 1960s, however, that they made progress. The 1958 invention of the integrated circuit contributed significantly to companies’ ability to “miniaturize” mobile phones and make them truly portable.

Over the years, the public’s desire to communicate while on the go grew tremendously. In the mid-1960s, the citizen band radio (CB) became popular among truck drivers; by the 1970s, it had become popular among the general public. However, at that time, the government limited CBs to a transmitting power of 5 watts and a range of 150 miles. Looking to extend their range, many people used illegal high-powered transmitters in the 27 MHz range, while others used linear amplifiers to boost their signal upward of 1,000 watts.

Meanwhile, Motorola continued experimenting with mobile communications, but with the concept of people being able to call people from anywhere. During the 1960s, the company improved the “walkie-talkie,” introducing the 33-ounce “brick” in 1962. Then on 3 April 1973, Motorola vice president Martin Cooper (IEEE Fellow) displayed the DynaTac, a 28-ounce portable telephone, on the streets of New York City. At that time, Cooper predicted that the wireless phone “could be reduced even further — to the point where they might fit in a breast pocket”. Motorola invested 15 years of research and $100 million to develop the product. The cost was high, however, and only highly paid professionals could afford the luxury. In addition, service was restricted to a small number of users because of the limited number of channels available.

It would take 10 years for the Federal Communications Commission to approve the mobile telephone; Motorola introduced it formally in 1983. The initial model, the DynaTAC 8000X, weighed nearly two pounds and cost $3995. Since then, prices and weight have come down dramatically and cell phone use has exploded. Today, approximately half of the U.S. population has a cell phone.

Today, the average cell phone weighs mere ounces and uses digital rather than analog technology. It gives users game-playing capabilities and can send and receive e-mail messages, images, sounds, and text. Many cell phones have speakerphones and voice dialing, and some can even take pictures. Still others contain personal digital assistants (PDAs) and allow users to surf the Internet. They have become affordable communication tools for more people than ever.

Retrieved from "https://ethw.org/w/index.php?title=Evolution_of_Cell_Phone_Technology&oldid=107262"
Categories:
This page was last edited on 8 October 2014, at 17:05.
About ETHW
Policies and disclaimers