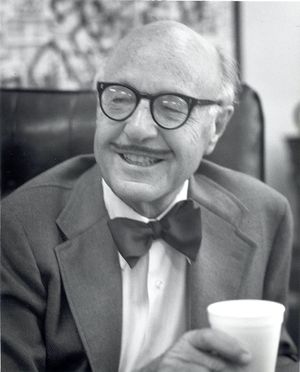 Afterward he taught at Connecticut State College, where he rose to the rank of Assistant Professor. During these years he was the designer, builder, operator and manager of the College broadcast station. The success of his effort at the college led Hartford stations WTIC and WDRC to ask him to build relay stations for them. With WDRC, Noble eventually built one of the first commercial FM broadcast stations.

On the heels of this success, the Connecticut State Police came to him for engineering assistance. Dr. Noble originated the systems planning for the State Police radio system and personally supervised every phase of site selection, testing and design detail. Completed in 1940, this was the first two-way state police system to be placed in operation and the first practical two-way FM radio telephone mobile system in the world.

When the success of the Connecticut system became widely known, Noble's work came to the attention of Paul V. Galvin, owner of the Galvin Manufacturing Corporation (later changed to Motorola, Inc.) in Chicago. Although Noble was unsure of his permanent interest in industrial work, he joined Motorola as Director of Research in 1940.

His first work at Motorola included development of FM communications equipment for police and the U.S. Signal Corps. He was directly responsible for the systems concept and the direction of the development of the U.S. Army's SCR-300 FM Walkie-Talkie.

He authored many papers in his career and held nine patents on electronics. Dr. Noble was also a talented and thoughtful artist. As a painter his works were reproduced on book and magazine covers.

Noble served on many technical committees including the Chairmanship of Panel 13 (Mobile and Portable Radio Telephone Communications) of the Radio Technical Planning Board and as a member of the National Television Color Systems Committee, which established the transmission standards for color TV. He also served on the Boards of both IRE and IEEE. He was a member of the National Academy of Engineering and a Life Fellow of the IEEE and the Franklin Institute. He received the WEMA Medal of Achievement, the Franklin Institute's Stuart Ballantine Medal and the University of Connecticut Engineering Alumni Plaque. He was the 1978 IEEE Edison Medal Recipient "For leadership and innovation in meeting important public needs, especially in developing mobile communications and solid-state electronics."

Retrieved from "https://ethw.org/w/index.php?title=Daniel_Noble&oldid=160189"
Categories:
This page was last edited on 18 July 2018, at 19:33.
About ETHW
Policies and disclaimers