Scattered energy: the roots of the ERDA[edit | edit source] 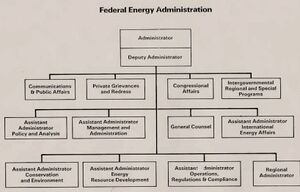 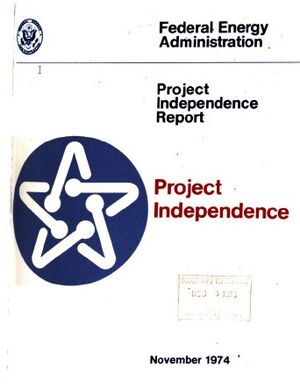 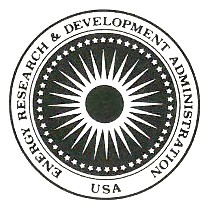 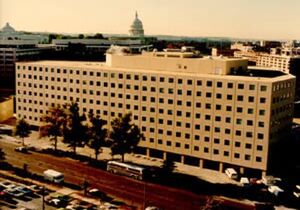 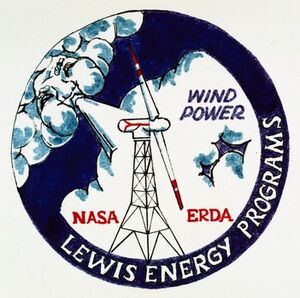 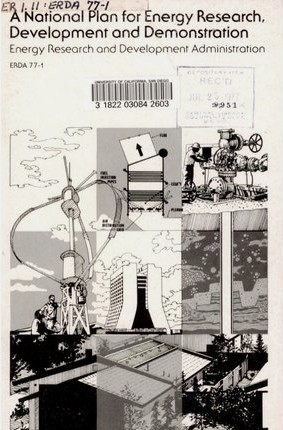 FIG. 7 Front Cover of A National Plan for Energy Research, Development and Demonstration, 1977 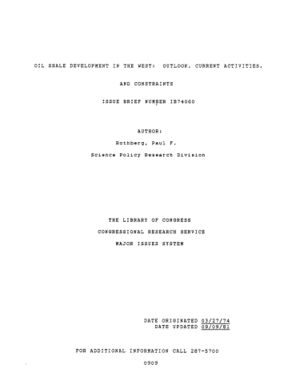 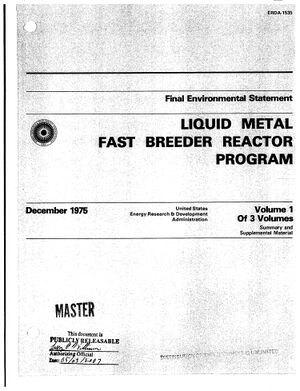 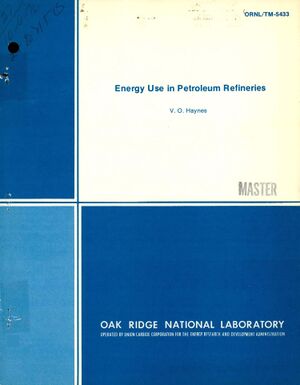 FIG. 10 Front cover of Energy use in petroleum refineries, 1976 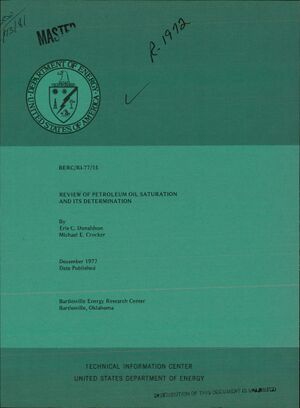 FIG. 11 Front cover of Review of petroleum oil saturation and its concentration, 1977 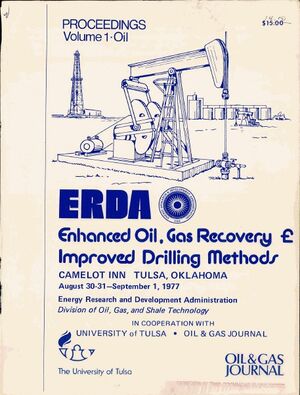 FIG. 12 Front cover of the proceedings of the First Enhanced Oil & Gas Recovery Conference. EOR was one of the most successful energy-efficiency programs implemented by ERDA 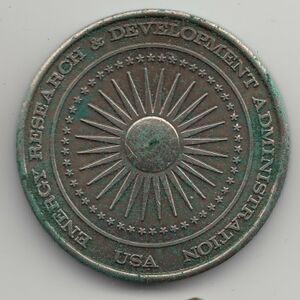 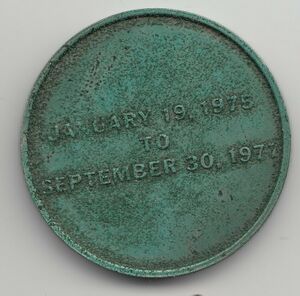 FIG. 14 Commemorative medal of ERDA - back

On June 1973, the White House proposed to the country's energy policymakers a pilot plan for structuring existing and current federal and private research and development initiatives, which would be the first governmental energy organization in an administrative setting in the United States. Richard Milhous Nixon, the 37th president of the United States from 1969 to 1974, created the Energy Policy Office (EPO) for this purpose, which was tasked with the monitoring, assessing, and coordinating energy policies on behalf of the president, as well as laying the foundations for a new integrated national program for energy resources.

When the Organization of the Petroleum Exporting Countries (OPEC)[1] put the first fossil fuels embargo into effect on October 17, 1973, the operations of the Energy Policy Office were dramatically sped up. The efforts merged on November 7, 1973 in the first draft of the Project Independence, which strongly wanted by President Nixon; short term independent energy production was the chief goal of the project. By December 4, 1973, the Federal Energy Office (FEO) was established upon the explicit request of President Nixon, who stated publicly that “American science, technology, and industry can free the United States from dependence on foreign oil” (FIG.1).

By April 1974, the FEO was staffed with 1,497 Washington headquarters employees scattered among various buildings and offices, plus 982 employees divided among ten regional offices. In spite of the location, the core targets changed quickly and too often, and the lack of coordination was burdening the advancement of the work. In June 1974, the massive restructuring plan of the Federal Energy Office resulted in the creation of the Federal Energy Administration (FEA), which was merged with the offices of Petroleum Allocation, Energy Conservation, Energy Data & Analysis, and the Bureau for Oil and Gas was then restructured into the Department of the Interior[3] (FIG. 2). The FEA was charged with fuel allocation and pricing regulation, as well as the planning of broad energy conservation measures and ways to expand energy supplies. Eventually, in November 1974, the FEA completed Project Independence, a long term energy plan (FIG. 3). The Administration was also tasked to clean up and standardize the national energy records. Data and information on United States hydrocarbon reserves, secondary stocks, and energy consumption often were discordant and fragmentary; FEA between 1975-1976 conceived a recovery plan to achieve uniformity, completeness, and significantly improve the usability for the final users.

On October 11, 1974, President Gerald Ford signed the Energy Reorganization Act of 1974, establishing the Energy Research and Development Administration (ERDA) - together with the Nuclear Regulatory Commission, and the Energy Resources Council (FIG. 4). The ERDA was established in response to the major request for affordably energy and relieve the pressure on energy bills and security induced by the massive petroleum imports.

The new agency would have coordinated energy programs formerly subdivided among several federal bureaus and serve as hinge for the major national effort to gathered together the most important programs of research and development focused on every forms of energy. New avenues to conserve and optimize the consumption of existing supplies as well as the commercial demonstration of new technologies were the expectations of this attempt to converge together different energy resource development programs. On its official establishment on January 19, 1975, ERDA had a total of 7,222 employees transferred from other agencies; for the 1975 fiscal year, it had already allocated a $3.6 billion budget (FIG. 5). Robert C. Seamans, Jr.,[4] president of the National Academy of Engineering[5] with previous political experience, was nominated by the White House Administrator for the Energy Research and Development Administration.

On June 28, 1975, the Creating Energy Choices for the Future national energy plan was first disclosed to the White House and the Congress. This two-volume report was the product of six months of cooperation between government agencies, academia, and the private sector (FIG. 6). The contents were organized in three main chronological sections: short-term (to 1985), mid-term (1985-2000), and long-term (after 2000) programs for developing energy resources. The report stressed in first place that in the year 1974 the total amount of hydrocarbons purchased from other producing countries represented more than 20% of the U.S. domestic energy consumption. Following, it introduced five key points , which should be implemented in the shortest time possible, about the nature and goals of energy research, development, and demonstration programs. These include:

ERDA’s plan called for early and effective demonstrations of the technical feasibility of new energy. The federal government was tasked to provide overall leadership and temporarily undertake the pilot plans which industry could not initiate alone. When the technology eventually approached the stage of commercialization, private entrepreneurship would have assumed all the responsibilities alone.

The short-term results would have required the immediate expansion of existing energy resources and the implementation of conservation technologies; mid-term results needed the establishment of a synthetic fuels industry and continued growth in electrification. Long-term results considered achievable were the development of technologies to unlock the potential of essentially inexhaustible sources of energy such as breeder reactors, fusion, and solar electric, wind, and ocean thermal.

In the pages of the plan, it was clear that ERDA’s mission was more oriented towards an “experimental approach”. Rather than following a rigid scheme, the Administration preferred a policy of exploration over every energy options that could offer a clear potential for the future.

The publication of this first comprehensive energy plan was followed by several public meetings scheduled and sponsored by ERDA across the country to encourage public discussion and increase understanding of the present energy issues. Many misconceptions about the energy crisis were brought to light and clarified through these meetings, which will be remembered as the first successful social experiment of public engagement for the concerned citizen interested in energy.

On April 15, 1976, the ERDA presented the updated second edition of Creating Energy Choices for the Future to Congress. This report was similar to the 1975 report in terms of goals and strategy, but special a focus was placed on the subject “energy efficiency”. For the first time in the world, this expression (often used in place of “conservation”) and its deep meaning gained an increased attention and was enlisted with the technologies of highest national priority. The emphasis on energy efficiency was not casual. It was seen as the only viable, short term, solution to guarantee enough time to develop new energy sources to replace hydrocarbon exports. The 1976 plan gave additional emphasis to the expected role of private capitals and entrepreneurship in the development of new, necessary, technologies. It also added a short-term planning category which focused attention on opportunities for immediate technology development: the commercialization of near-term technologies was essential.

1977, the ERDA's swansong: the third and last report[edit | edit source]

On June 23, 1977, the agency presented the third and final energy report, its development and demonstration plan ERDA-77-1, which was edited following the guidelines of the National Energy Plan which were submitted to Congress on April 20, 1977 (Fig. 7). The document detailed the basis for the technological changes needed to pass through the forecasted (risky) moment of transition from dependence on oil and natural gas to renewable sources of energy. Conservation and efficiency of energy utilization were highlighted as possible short-term solutions for the Nation's energy system between 1977 and the year 2000.

ERDA-77-1 offered a less optimistic view in comparison with the two previous plans. The tone of urgency and high expectancy of 1975 and 1976 reports was prevailed by the acknowledgement that despite the efforts of government, industry, and society to conserve energy and to increase domestic energy supplies, the country was still chiefly reliant on petroleum and natural gas.

The mandate for ERDA called for a concentration on the research and development of new energy technologies to achieve a prompt commercialization. Since the beginning of its ideation, the Energy Research and Development Administration was intended to be a short-lived transitional agency in charge of achieving a sensitive and difficult target: bringing together the scattered energy programs of the country and put the roots to secure the US with energy self-sufficient production in a decade, or so. The sterling effort of human resources, basic research, technologies, and the impressive flood of capital were not enough to make it. The real issue was the developing and testing time; very simply, the things were too much rushed and not realistically planned. No smooth path to prompt mass production and put in practice of new technologies is available. Research and development are critical stages that require years of testing, huge capitals and the engineering of complex and dedicated machineries and facilities.

Nevertheless, ERDA made significant progresses in developing national energy research and development plans, mobilizing talent, and coordinating the diverse energy activities formerly scattered among many federal agencies. The staff worked closely with all segments of industry, academia, foundations, nonprofit corporations, and foreign countries. From 1974 to 1977, ERDA produced and commissioned more than 1300 technical reports and studies of feasibility for new energy technologies, basic research, and protocols for enhancing energy efficiency - mostly in petroleum production and refining (FIG. 8-12).

In fall 1977, President Jimmy Carter created the new cabinet-level Department of Energy (DOE), and ERDA became its integral part. Since this moment, the energy policies and programs and the several significant projects and technologies originated and coordinated by the former Energy Research and Development Administration were carried on by a single agency, in a contest of national priority (FIG. 13-14).

Retrieved from "https://ethw.org/w/index.php?title=Energy_Research_and_Development_Administration&oldid=185944"
Categories:
This page was last edited on 13 August 2021, at 19:19.
About ETHW
Policies and disclaimers