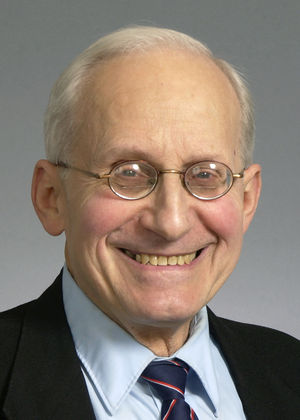 A principal engineering fellow at Raytheon Company’s Integrated Defense Systems, Sudbury, Massachusetts, Dr. Brookner has played a key role in many major radar and phased-array radar systems developed during the past 40 years. His teaching and lecturing have inspired and educated several generations of radar engineers worldwide, over 10,000 have attended his lectures.

At Raytheon, he has been a leader or advisor to over 20 major radar programs for civil and defense applications. During these programs he demonstrated exceptional technical leadership, devising less-expensive and better-performing alternatives to products on the market or on the drawing board. From 1972 to 1989, he was the technical lead on virtually all major U.S. Air Force and U.S. Navy space-based radar studies.

In 1998, he was the lead system engineer for the Canadian RADARSTAT II solid-state high-resolution system. A year later, he was a key systems engineer for the development of the solid-state Airport Surface Detection Equipment Radar, which observes moving and stationary aircraft and vehicular traffic on airport runways, taxiways and ramps with a high degree of resolution.

An IEEE Life Fellow, Dr. Brookner has twice been chairman of the International Symposium on Phased Array Systems and Technology. He was the recipient of the IEEE Aerospace and Electronic Systems Society (AESS) Warren White Award for Excellence in Radar Engineering, an IEEE Centennial Medal and an IEEE Millennium Medal, the IEEE Educational Activities Board Meritorious Achievement Award and was a Distinguished Lecturer for the IEEE AESS.

Retrieved from "https://ethw.org/w/index.php?title=Eli_Brookner&oldid=187746"
Categories:
This page was last edited on 8 March 2022, at 16:34.
About ETHW
Policies and disclaimers