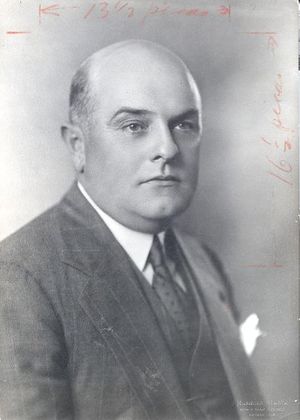 Edward B. Meyer, AIEE President, 1935 - 1936, was the chief electrical engineer of the Public Service Corporation of New Jersey.

Mr. Meyer was born on October 22, 1882 at Newark, N.J. and received his technical education at the Newark Technical School from which he graduated in 1901 and at Pratt Institute, Brooklyn, N.Y., graduating from the electrical engineering course of that Institute in 1903.

Papers of Edward B. Meyer