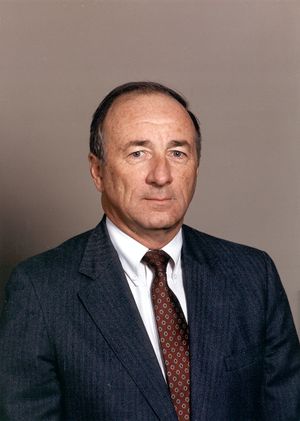 He has been employed by International Business Machines since 1959. Originally, he was a member of its research division and has been associated with product development since 1964. His early work concentrated on information retrieval and formal description. For most of the 1960s he worked on the architecture and design of high speed computers. Since 1970 his activities have been totally devoted to telecommunications and the design of terminal-computer communications systems. Most recent activities have been directed toward highspeed (mega and gigabit per second) communications.

Dr. Sussenguth has held various management positions including division director in the Systems Communication Division. Among the responsibilities of that position was the inception and development ofSystems Network Architecture (SNA). In 1981 he was appointed an IBM Fellow, a position which allows independent study and research.

He was a Fellow of the IEEE, and a member of Sigma Xi and the Association for Computing Machinery. He received the 1988 Interface Award for "extraordinary achievement" in data communications. Dr. Sussenguth served in various advisory capacities to the National Institute for Standards and Technology (formerly the National Bureau of Standards), Columbia University, the University of North Carolina, and the IEEE.

He devoted a considerable amount of personal time as a Director of the Wake County Hospital System. His leisure activities included golf, nature photography, and travel. He and his wife Ann had two sons.

Retrieved from "https://ethw.org/w/index.php?title=Edward_H._Sussenguth&oldid=172920"
Categories:
This page was last edited on 25 January 2019, at 19:31.
About ETHW
Policies and disclaimers