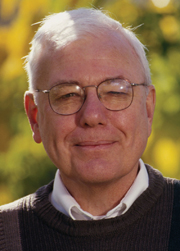 For over 35 years, Charles P. Thacker has led innovation in the area of distributed personal computing. He is one of the primary forces behind the introduction of the modern-day PC. While working at the Xerox Palo Alto Research Center (PARC) as a research fellow from 1970 to 1983, he served as the principal designer for the Alto personal computer system, widely considered the prototype for both workstations and windowed personal computers. Additionally, he revolutionized the computing industry as one of the co-inventors of the Ethernet local area network.

Mr. Thacker was a corporate consultant engineer at the Digital Equipment Systems Research Center (DEC SRC) from 1983 to 1997, and developed Firefly, one of the first multiprocessor workstation systems.

Since 1997, he has held the position of Technical Fellow at Microsoft Corporation, where he designed and implemented major parts of the prototype for the Tablet PC, including portions of its handwriting-recognition system. His prototype is also the basis for tablet PCs now being sold by several computer manufacturers.

An IEEE Member, Thacker holds a bachelor’s degree in Physics from the University of California, Berkeley, and an honorary doctorate from the Swiss Federal Institute of Technology in Zurich. He is a fellow of the ACM, a member of the American Academy of Arts and Sciences, and a member of the National Academy of Engineering, which presented him with the 2004 Charles Stark Draper Prize, along with Alan C. Kay, Butler W. Lampson and Robert W. Taylor for development of the first networked distributed personal computer system.

Retrieved from "https://ethw.org/w/index.php?title=Charles_Thacker&oldid=155357"
Categories:
This page was last edited on 16 June 2017, at 12:57.
About ETHW
Policies and disclaimers