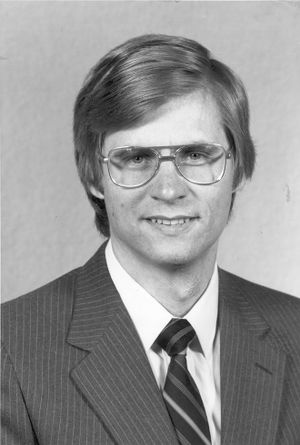 Carl O. Bozler was born in Columbus, Ohio, on August 24, 1941. He received the· B.E.E. and M.S. degrees in 1965 and the Ph.D. degree in 1969 from Ohio State University. His thesis work concerned thin-film crystal growth of indium arsenide.

He continued his thesis work at F.W. Bell, Inc., and in 1971 he joined Sperry Rand Corporation, where he worked on epitaxial growth of gallium arsenide and silicon and on the design and fabrication of microwave devices. Since 1974 he has been with M.I.T. Lincoln Laboratory, doing research on epitaxial gallium arsenide, ion implantation, microwave devices, integrated optics, and solar cells.

Dr. Bozler is a member of the Electrochemical Society and Sigma Xi.

Retrieved from "https://ethw.org/w/index.php?title=Carl_O._Bozler&oldid=174054"
Categories:
This page was last edited on 19 February 2019, at 19:39.
About ETHW
Policies and disclaimers