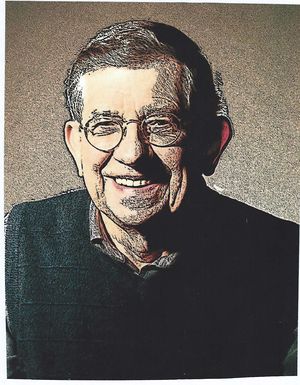 Over the course of forty years with the last twenty five years as a member of IEEE, Basil Sherlund has been involved in the development of military Command and Control systems and commercial Information Technology systems.

Starting directly out of college as a defense contractor, his assignments consisted of development of command and control systems for all branches of the military. The computer systems included AWACS, for the Air Force, TACFIRE for Army artillery, TACTADS, Field Artillery Tactical Data System that communicates directly with marine and air force combat forces of the military, DD963, destroyers for the Navy and several more. All procurements were from 100 million to 1 billion dollars for hardware and software research and development and prototype systems to test the functionally prior to production and field deployment.

Current contracts, negotiated with Wayne County Homeland Security, were for project management on the design and development of a new Emergency Operations Center (EOC.) Recently, his position in the IT department of the City of Detroit (CoD) was as the primary advisor to the Chief Information Officer (CIO) and project manager on the 3-1-1 call center project, prior to that position he was program manager developing a training program for all IT departments in the State of California.

For the past several years, as a project manager, reporting has been directly to the CIO’s of State and Local governments. Duties have involved advising and high profile special assignments. During the first term of the current CoD administration responsibilities consisted of Program Coordination in which all project managers for IT were under his supervision.

Projects relating to education, BS Engineering and MS Computer Science, have involved computer design and operating system development for DOD contracts, architectural specifications for software and computers, development of new techniques for software testing, which were well-received world wide at several software conferences. IBM has, on three occasions, asked for his specific work in the fields of operating systems design, the first virtual memory operating system was developed under the DOD contract, and the design given to IBM. Based on published papers, IBM invited him to present to their software engineers in Rochester MN and Toronto OT these testing techniques.

Basil is a life member of Eta Kappa Nu, the electrical engineering honor society. He is a member and past president of a local chapter of the Association for Computing Machinery (ACM). He is also a member of the Institute of Electrical and Electronic Engineers (IEEE) and the IEEE Computer Society. He is a former member of the executive board of the IEEE Software Engineering Standards Committee and the IEEE Technical Committee on Software Engineering He has also been active in the field of software standards. As chairperson, ANSI accepted both the IEEE software design description standard and the architectural description standard. The architectural description standard was adopted by ISO. He has held offices in the IEEE Southeastern Michigan Section and Region 4.