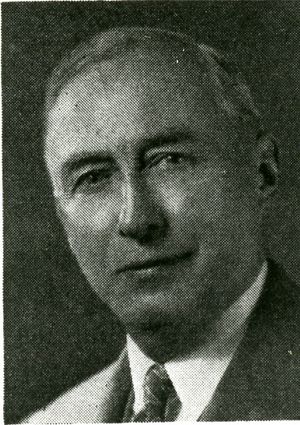 Arthur Elmer Silver was born in Dexter, Maine, on August 14, 1879, and graduated from the University of Maine in 1902 with a bachelor of Science degree in electrical engineering. Following graduation he spent two years in the expert electrical course, Testing Department, General Electric Company, Schenectady, N. Y. In 1904 he entered the employ of the Raleigh (N. C.) Electric Company, in charge of the Meter Department. He was made electrical superintendent and chief engineer of the Carolina Power and Light Company in 1906 and held this position until 1910. Mr. Silver then became associated with the Engineering Department, Electric Bond and Share Company, New York, N.Y., and in 1919 he was made consulting electrical engineer in charge of all electrical engineering problems. In 1935 the service activities of the Electric Bond and Share Company were transferred to a newly organized subsidiary, Ebasco Services, Inc., and he continued with this company as consulting engineer until his retirement in 1948.

Arthur Silver was active in the National Electric Light Association and its successor, the Edison Electric Institute, and the American Association for the Advancement of Science, and the American Institute of Electrical Engineers (AIEE, now IEEE). In 1951 he was awarded the AIEE Lamme Medal "for his pioneering of rural electrification by designing the simplified farm-type transformer combined with high voltage long span, and common neutral line construction." Mr. Silver died in 1972 in Upper Montclair, NJ.