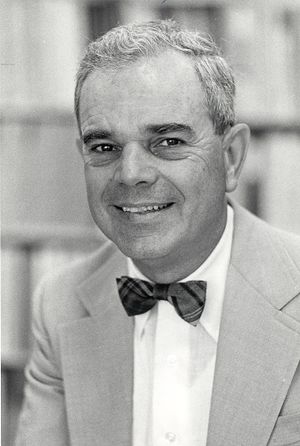 Arthur Bryson attended Haverford College and Iowa State University (B.S. in Aeronautical Engineering, 1946) and served as an aircraft maintenance officer in the U.S. Navy in World War II. After the war, he worked as a paper mill engineer with the Container Corporation of America and then as a wind tunnel engineer in the Research Department of the United Aircraft Corporation, before graduate study. Professor Bryson received a Ph.D. in Aeronautics at the California Institute of Technology in 1951 and then worked as an aeronautical engineer at the Hughes Aircraft Company. In 1953 he went to Harvard University as Assistant Professor of Mechanical Engineering, was appointed Associate Professor in 1956 and Professor in 1961. In 1968 he went to Stanford University as Professor of Applied Mechanics, Aeronautics, and Astronautics; Chairman of Department of Applied Mechanics, 1969-71; Chairman of Department of Aeronautics and Astronautics, 1971-79, Pigott Professor of Engineering Emeritus, Stanford University.