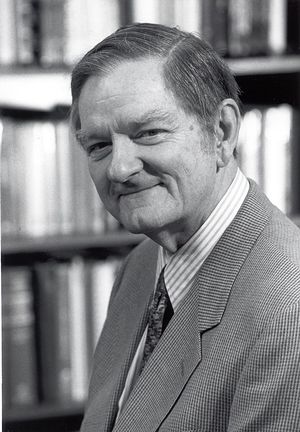 His early theoretical contributions are perhaps best exemplified by the text Optimal Systems Control, which served for 25 years as a pedagogical work in control systems engineering. Other early notable textbook works during this time included System Identification (1971), Estimation Theory: With Applications to Communications and Control (1971), Probability and Stochastic Processes (1973), Linear Systems Control (1978), and Methodology for Large Scale Systems (1977). His interests in the process and management issues associated with systems engineering have led a number of more recent research efforts, journal papers and to such texts as Economic Systems Analysis (1983), Software Systems Engineering (1990), Decision Supporl Systems Engineering (1991), Systems Engineering (1992) and Systems Management for Information Technology and Software Engineering (1995). More recentiy he has co-edited a 1200 page Handbook of Systems Engineering and Management (1999) and is co-author of an undergraduate work titied Introduction to Systems Engineering (2000). The major thrust of these recent works and the research leading to them is identification and description of an appropriate systems engineering framework. This framework highlights the understanding that production of high quality and trustworthy products is largely due to an effective process lifecycle, and that this lifecycle is determined by efficacious systems management as driven by organizational policy. He has directed 50 doctoral dissertations in these areas and many students who have worked with him hold responsible positions in industry, government, and education.

He has served and continues to serve in many professional and public service efforts. He was, for example, editor of the IEEE Systems, Man, and Cybernetics Transactions for the 27 -year period ending in 1998 and also served as Society President. He is also active within the International Council on Systems Engineering (INCaSE) and is founding editor of their journal, Systems Engineering. In 1994 he received a Superior Public Service Award from the Secretary of the Navy in recognitions of his efforts on the Center for Naval Analysis Board of Trustees. He is an elected Fellow of the IEEE, the AAAS, and INCaSE. He received the Frederick Emmonds Terman Award from the ASEE, and an Outstanding Service Award from the International Federation of Automatic Control. He received the first Norbert Wiener Award as well as the first Joseph G. Wohl Outstanding Career Award from the IEEE SMC Society. In 1994 he received the Donald G. Fink Prize from the IEEE for his paper "Systems Engineering and Information Technology: Catalysts for Total Quality in Industry and Education." In 2000, he received the Simon Ramo Medal from the IEEE for his contributions to systems engineering and systems science, and an IEEE Third Millennium Medal. In 2002 he received an Eta Kappa Nu Eminent Member Award and the INCaSE Pioneer Award.

Andrew Sage and his wife, LaVerne, reside in Fairfax Station VA. They have three children - Theresa, Karen, and Philip - each of who are professionally employed in various area of computer, communications and systems engineering. His outside interests include tennis, fine and performing arts, and travel.