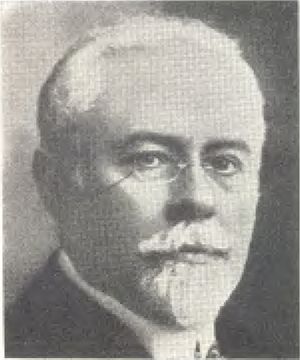 ANDRÉ E. Blondel, once a professor of applied electricity at l'Ecole Nationale des Ponts et Chaussées, Paris, France, was elected an Honorary Member of the Institute 12 January 1912. He was born at Chaumont, France, in 1863. Graduating from the universities of Paris and Dijon in 1889, he was then appointed engineer in the Department of Ponts et Chaussées (civil engineering). From 1890 to 1927 he was engaged in the lighthouse service of that department, successively with the titles of engineer-in-chief and inspector- general. Since 1904 he has held his present position of professor of applied electricity. During his long service, he has been instrumental in introducing many important changes in signaling on the coasts of France, principally by wireless. In 1897, he conducted an exhaustive series of experiments on the electric arc. These led him to study the measurement of electrical quantities and to develop the art of photometry, upon which he has long been a leading authority. His investigations have been extended to the advancement of electrical theory and practice in relation to many types of equipment, including generators, motors, and transmission equipment, and he has to his credit many inventions. His published contributions to the science of electrical engineering have been extensive. He has presided over committees and commissions, national and international, and has received many honors.