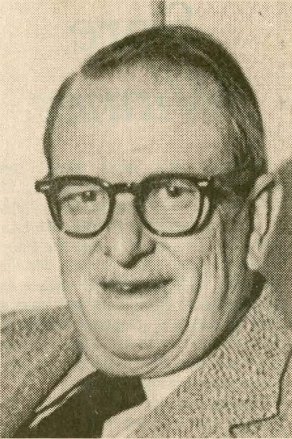 Allan MacLeod Cormack was born on February 23, 1924 in Johannesburg, South Africa. His boyhood fascination with astronomy would lead him to study physics to become an astronomer. He would abandoned astronomy in favor of the study of subatomic particles, and he graduated from the University of Cape Town, and spent two years of postgraduate study at Cambridge before becoming a lecturer in the Cape Town physics department.

Cormack was the only physicist in Cape Town with training in nuclear physics and the handling of radioactive isotopes, and he was recruited by Groote Schuur Hospital in late 1955 as an emergency, part-time replacement to satisfy a legal requirement that a trained physicist monitor its X-ray operations. At the time Cormack knew next to nothing about X-rays.

The head of the hospital radiology department was concerned about delivering the precise X-ray dose needed at a specific point in the body and asked him to find a way to measure how much X-ray energy was absorbed by various parts of the body. Cormack was unaware of how crude X-rays were, and that they produce a layered composite image of everything between the X-ray source and the film plate with no visible distinction between bone, soft tissue and organs. Based on Roentgen's work, Cormack attempted to solve the immediate problem of the distribution of X-ray absorption by making an X-ray map of the body, which would show which tissues and other materials were where by shooting X-rays through the body from many different angles, then using triangulation to derive a high-definition image of any given crosssection. Aside from a World War I era paper mathematician Johan Radon who had worked out essentially the same theoretical solution Mr. Cormack came up with, this area of research had not yet been attempted.

Over the next few years, Cormack, who spent a year working with the Harvard Cyclotron and joined the Tufts faculty in 1957, derived a mathematical formula which compiled an accurate image from the readings made by X-rays criss-crossing the body from different directions, and published on these findings in the 1960s. Godfrey Newbold Hounasfield would later patent the first working CAT scan machine, and the two men shared the 1979 Nobel Prize in Physiology or Medicine.

Cormack died on May 7, 1998 of cancer and was survived by his wife, Barbara; two daughters, Margaret of Charleston, S.c., and Jean of DeKalb, Ill.; a son, Robert of Milton, Mass.; a brother, William of Johannesburg and a Sister, Amy Read of Cape Town, and two grandchildren.

Retrieved from "https://ethw.org/w/index.php?title=Allan_Cormack&oldid=145202"
Categories:
This page was last edited on 13 January 2016, at 19:02.
About ETHW
Policies and disclaimers