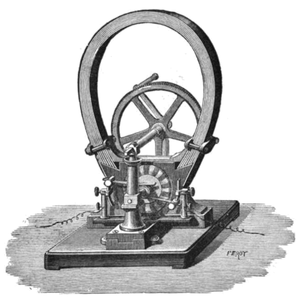 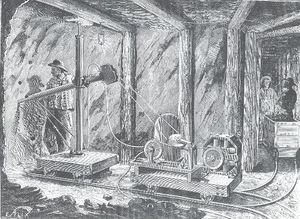 Zénobe Gramme was born in 1826 in Belgium, and invented a direct-current dynamo. It generated higher voltages and was one of the earliest to be used commercially.

Gramme left school early, and was only semi-literate. He became interested in electronics while working as a model maker for a company manufacturing electrical equipment. He improved the alternating current dynamo there before creating his own DC device.

He replaced the toothed-ring armature of earlier designs with a uniform ring-wound armature that became known as the "Gramme ring." It attracted lots of attention at the 1876 Centennial Exhibition in Philadelphia and was soon a commercial success. He opened a factory manufacturing dynamos and rings in 1871.

At the Vienna Exhibition in Austria in 1873, he demonstrated that when powered, his dynamo also functioned as an electric motor. It was the most powerful and useful electric motor of the time.

He died in 1901 in France, and there is a graduate school of engineering in Liège, l'Institut Gramme, named after him.