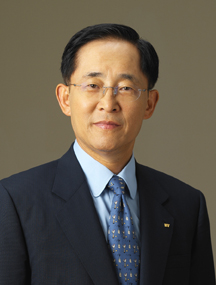 Kenneth Lee is senior advisor and former president and chief executive officer of KT Corporation (Korea Telecom) in Seoul, Korea, and a visiting professor at the KAIST Graduate School of Information and Media Management, Seoul, Korea.

KT Group developed one of the most extensive wired and wireless broadband access networks in the world and the world’s largest broadband operator by 2003 with over five million subscribers. He also led KT to develop the first Korean voice recognition system, the first commercial CDMA Personal Communications System and a series of broadband access services from DSL to fiber LAN.

When Dr. Lee was the CEO of KTF, a mobile service subsidiary of KT Corp., he was the industry leader in CDMA 3G services by deploying CDMA2000 1x and CDMA2000 1xEV-DO in 2002 — enabling high-speed wireless connectivity comparable to wired broadband.

Dr. Lee is an IEEE Member and a member of Eta Kappa Nu and the National Academy of Engineering in Korea. He received the Industrial Medal (Gold) from the Korean Government in 2005 and the Forbes Magazine’s Management Leadership Award in 2004.

Retrieved from "https://ethw.org/w/index.php?title=Yong-Kyung_(Kenneth)_Lee&oldid=147702"
Categories:
This page was last edited on 9 March 2016, at 20:09.
About ETHW
Policies and disclaimers