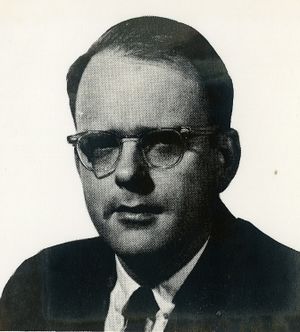 Dr. William R. Bennett, Jr., an American physicist, was born on January 30, 1930 in Jersey City, New Jersey. His father was William R. Bennett. He is recognized for his groundbreaking work with gas lasers. Bennett attended Princeton University, where he received his bachelor's degree in Physics. He went on to earn his doctoral degree, also in Physics, from Columbia University.

While at Bell Labs Bennett, with Ali Javan and Donald Herriott, co-invented the very first gas laser. He was also credited with discovering the argon ion laser, regarded as the first person to observe spectral hole burning effects in gas lasers, and also created a theory of hole burning effects on laser oscillation. Bennett's work revolutionized surgical technologies and paved the way for the development of grocery store scanners and compact disc players.

Bennett joined the faculty of Yale and in 1962, became a tenured professor. During his long career at Yale, Bennett was recognized not only for his pioneering research but also his outstanding teaching. He received the 1965 IEEE Morris N. Liebmann Memorial Award, along with numerous other honors. Bennett authored 8 books and over 130 research papers, and held 12 patents.

Outside of research, Bennett was also known as a serious amateur musician. He enjoyed listening to and playing chamber music, and was also a clarinet soloist with several amateur symphony orchestras. His passion for music even entered the classroom. He taught a popular course at Yale about the physics of musical instruments. Bennett died on June 29, 2008 from esophageal cancer.

Retrieved from "https://ethw.org/w/index.php?title=William_R._Bennett,_Jr.&oldid=166527"
Categories:
This page was last edited on 1 October 2018, at 17:33.
About ETHW
Policies and disclaimers