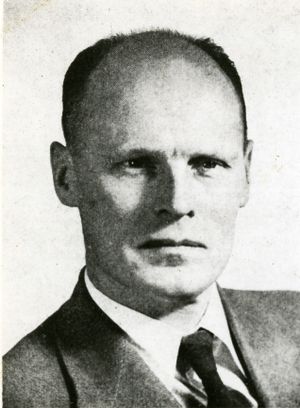 From 1942 to 1954 he was a Staff Member of the Wartime Telecommunications Research Establishment, Malvern, England, where he worked on microwave receivers and millimeter-wave techniques. From 1954 to 1956 he was a member of the Radio Physics Laboratory, Ottawa, Ont., Canada, where he worked on scattering and antenna problems. During 1956-1961 he was at the National Bureau of Standards, Boulder Laboratories, Boulder, Colo., where he worked on millimeter-wave interferometers and quasi-optical techniques, becoming Chief of the Millimeter-Wave Research Section. He joined the Palo Alto Laboratory of General Telephone and Electronics Laboratories in 1961 and began work on gas discharge lasers. Since 1963 he has been a Senior Member of the Palo Alto Research Laboratory of the Lockheed Missiles and Space Company, Palo Alto, Calif., where he has been concerned with Zeeman effects in gaseous lasers, and more recently with the development of single frequency Nd:YAG lasers for wide-bandwidth laser communication systems.

Dr. Culshaw was the recipient of the IEE Kelvin Premium in 1953 and of the IRE Harry Diamond Memorial Prize Award in 1962.

Retrieved from "https://ethw.org/w/index.php?title=William_Culshaw&oldid=172114"
Categories:
This page was last edited on 21 December 2018, at 18:43.
About ETHW
Policies and disclaimers