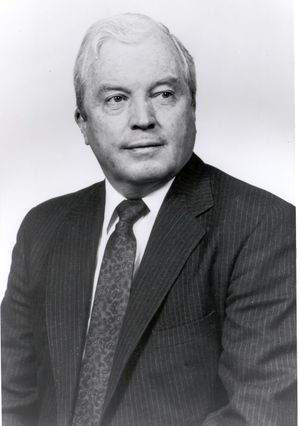 Theodore W. Hissey, Jr., has been a long time technical and administrative worker for the IEEE, the IEEE Power Engineering Society (PES), and the IEEE Corporate administration.

Mr. Hissey is an engineer, technical manager, and an internationally recognized lecturer and consultant in the field of Electric Power Network Automation, and Electric Power Sector Restructuring. He worked for Leeds and Northrup Company (a unit of General Signal) for 43 years in a variety of application, engineering, and management positions. He was employed as Principal Engineer by Macro Corporation, world-wide utility consultants based in Horsham, Pennsylvania.

Mr. Hissey has travelled to, and worked with, engineers and executives in 37 countries, providing technical lectures, seminars, and meetings with the local engineers, technical societies, and national engineering societies, in addition to his commercial activities. This international experience and understanding has enabled him to contribute significantly to the IEEE's global technical outreach activities and international cooperations.

Mr. Hissey started his association activities as Chairman of the AIEE Penn State Student Branch in 1947 and 1948. After a post-graduate hiatus, he returned to active participation in 1953, working initially with the Chicago, and then the Philadelphia AIEE Section. He entered technical society and committee work in 1961, and is still active in this area.

In 1948 he graduated from Pennsylvania State University with a degree in Electrical Engineering. He is a member of the Thu Beta Pi and Eta Kappa Nu engineering honorary societies; the Pi Mu Epsilon Mathematics Honorary Society; and, the Penn State Skull and Cross Bones Society.

Ted, and his wife Nancy, resided in Erdenheim, Pennsylvania. They have three children and ten grandchildren scattered over Connecticut and Southeastern Pennsylvania.

Retrieved from "https://ethw.org/w/index.php?title=Theodore_W._Hissey,_Jr&oldid=173049"
Categories:
This page was last edited on 29 January 2019, at 16:50.
About ETHW
Policies and disclaimers