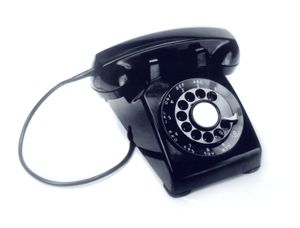 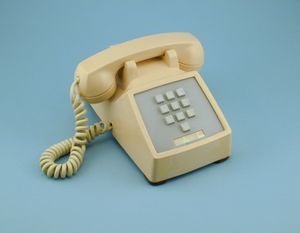 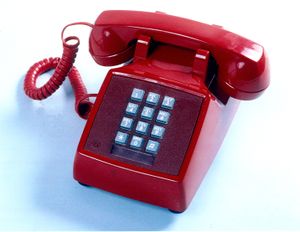 It happens millions of time every day. Someone picks up a smartphone to make a call. The number hasn’t been saved in the phone’s address book, so he or she brings up the virtual key pad and dials the number. But what does “dial the number” mean —there is no dial, just a pattern of virtual keys on a screen. And why are those keys arranged in that particular order? The answers to these questions go back many decades to the wired landline telephone system; to AT&T’s Bell System, the old U.S. national telephone monopoly, and its famed R&D unit, Bell Telephone Laboratories.

If you go back far enough, to the early twentieth century, all telephones were manual—to make a call, a subscriber lifted the telephone receiver off from a switch hook, and waited for an operator to ask “number please.” While there were earlier automatic systems elsewhere, in 1919 the Bell System began, one local telephone exchange at a time, to replace the manual switchboards and telephones with electromechanical automatic exchanges, controlled by pulses generated by subscribers operating telephones with rotary dials. To educate the subscribers on the new system, Bell showed short subjects explaining the system at local movie theaters.[1] Over the next four decades, all but a handful of exchanges converted to dial service. And as telephone numbers consisted of both exchange names and numbers, such as Pennsylvania 6-5000, (dialed as PE 6-5000), the dials soon sported letters above all digits except 1 and 0. 0 was reserved for calling the operator. Q and Z were omitted, giving three letters above each remaining digit. Dialing a seven-digit number could easily require ten seconds, especially as higher digits took longer to turn and then return on the dial than lower digits.

Bell Labs’ search for alternatives to the dial originated in the 1940s. In a 1948 trial, a group of subscribers in Media, PA, tested a push-button telephone, with two rows of five keys. Each key plucked two reeds, sending a signaling tone down the line. The Labs’ work proceeded through the fifties, with miniature oscillators replacing the reeds as technology evolved, and eventually transistors replacing the oscillators. Speed was not the only advantage of what came to be called touch-tone dialing; the signals, being musical tones within the frequency range of the human voice carried by the telephone, could be transmitted throughout the network, even in the midst of a call. The pulses of a rotary dial could scarcely make it past the local exchange.

In the late 1950s, a team led by IEEE member Richard L. Deininger had groups of volunteers try various key pad designs—everything from circular arrays to 2 x 5 grids, to 3 x 3 grids with the 0 at the bottom. The design that produced the fastest dialing with the fewest errors was the last, in a version with 1 2 3 in the top row. AT&T introduced the last arrangement in additional field trials in 1959-60, and after modifications to the key design, in the commercial roll out. Another team, led by IEEE member (and later fellow) Leo Schenker, devised a scheme where each key generated a specific pair of frequencies, which mitigated errors caused by voices and background sounds. There was one frequency for each row of keys, and another for each column.

Accountants protested the key pad, arguing that there already was already standard design for a number pad—that of the calculator, with the 789 on top. Calculator keypads, AT&T replied, had numbers only, while telephone dials had letters as well. Users preferred a pad with the letters in alphabetical order. The public got its introduction to the new telephones, and their faster dialing, as one of the central exhibits at the 1962 Seattle World’s Fair. [2]

The commercial introduction of Touch-Tone service began in the fall of 1963 in Greensburg and Carnegie, Pennsylvania, two towns on the outskirts of Pittsburgh. It was sold as a premium service, costing an extra $1.50 a month ($11.50 in 2014 dollars) over the cost of conventional dial service. Nonetheless, some subscribers saw the convenience as worth the cost. Service spread across the nation one or two exchanges at a time, as local Bell companies added the extra equipment needed to handle the tones to existing exchanges. For example, Touch-Tone came to the first two exchanges in Atlanta in 1966. By January 1968, over four million Touch-Tone phones were in service across the nation. By the end of 1976, seventy percent of Bell System lines were equipped to provide Touch-Tone service, and of those lines, thirty percent had the service installed, even though it continued to carry an extra cost.

While the original Touch-Tone phones had 10 keys, replicating the ten positions in the rotary dial, in 1968 AT&T made a major change—adding the * and # keys for just the advanced services for which they are used today—communicating with computers and other remote devices. This led to another controversy—what to name the # key. Many at Bell Labs began calling the key the “octothorp,” preferring this to “number” or “pound,” feeling that the latter two words both implied uses for the key, and would cause problems in other cultures. But AT&T’s manufacturing subsidiary Western Electric hated octothorp, and issued a press release in 1973, stating that “the #’s name is emphatically number sign.” But neither suggestion was persuasive in the long run, today most people call # the pound key.

By the 1970s the keypad with 1-2-3 at the top had become so well established that it was adopted by most of the first bank automatic teller machines. When the first commercial cell phones came along in 1983, the key pad arrangement moved to the next generation of technology, and there they have persisted with the move from real keys to patterns on a touch screen. Once established, standard soften persist beyond the original reason for their creation.

Retrieved from "https://ethw.org/w/index.php?title=Telephone_Dials&oldid=148072"
Categories:
This page was last edited on 31 March 2016, at 15:29.
About ETHW
Policies and disclaimers