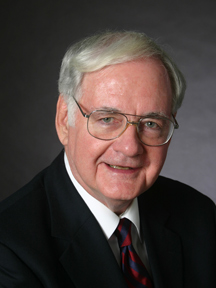 Robert G. Fulks developed the first fully automatic bridge for measuring capacitance, an important parameter of electronic components, and the first commercial test system for printed circuit board assemblies containing complex digital logic circuits. His career accomplishments are of lasting significance to the field of electronic test measurements; improving the efficiency and significantly reducing the cost of system and component manufacturing. His systems have been used by major computer companies as well as the U.S. Navy to test and repair circuit boards at field repair sites, on ships and in submarines. Mr. Fulks is former chairman of the IEEE committee that developed the HPIB (IEEE-488) instrumentation interface standard and a former chairman of the Boston section of the IEEE Group on Instrumentation and Measurement that later became an IEEE society. He also is past chairman of the Advanced Automatic Test Equipment Concepts committee for the U.S. Navy. He holds 10 patents and has published numerous papers in the area of electronic measurement.

Retrieved from "https://ethw.org/w/index.php?title=Robert_G._Fulks&oldid=147000"
Categories:
This page was last edited on 25 February 2016, at 16:14.
About ETHW
Policies and disclaimers