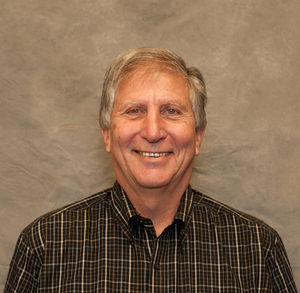 Richard (Dick) Frenkiel was born on March 4, 1943 in Brooklyn, New York. He attended Tufts University and Rutgers University, emerging with degrees in Mechanical Engineering and a deceptive aura of competence. Soon after joining Bell Laboratories in 1963, he was mistaken for an electrical engineer of similar height and became involved in cellular systems engineering, where he did little serious harm.

During those early years, Dick had the good fortune to be paired with Philip T. Porter, a cellular pioneer who combined radio knowledge with innovation and a willingness to teach. They focused on cell geometry, vehicle locating and handoff, and overall system architecture, leading to an early system proposal. With Porter and Joel S. Engel, Dick was an author of the "High Capacity Mobile Telephone System Feasibility Studies and System Plan" which was filed with the FCC in 1971 and became an important cellular text.

After an obligatory "growth experience" at Corporate Headquarters, for which he was forced to acquire several suits, Dick returned to Bell Labs to focus once again on the design of AT&T's Advanced Mobile Phone System (AMPS). His "underlaid cell" concept greatly reduced the cost and logistic complexity of cell splitting, and became AT&T's most sought-after patent in cross-licensing agreements.

Dick was head of the Mobile Systems Engineering Department at Bell Labs between 1977 and 1983, a period which saw the transition from experimental systems to commercial service. When the trial of AMPS began in Chicago in 1977, it was the world's first fully operational cellular system, serving more than 1000 paying customers. (In the absence of final rules for cellular systems in the US, it would remain a trial for more than 5 years.) Using data from the Chicago trial and a "Cellular Test Bed" in Newark, NJ, and from large scale computer simulations, his department evaluated cellular performance, refined operating algorithms and specifications, and proposed a nationwide standard for cellular operation in the US.

For Dick, the euphoria of AT&T's first cellular service in Chicago was somewhat diminished when the company was torn apart by the government and excluded from the cellular business. While not directly responsible for this calamity, he wandered away to become head of R&D for AT&T's cordless telephone business unit. There, he led the team that developed AT&T's 5000 series of cordless telephones, which pioneered many innovative features and were the first cordless phones to achieve the voice quality of corded phones. He was also responsible for the early manufacture of those products in the Far East, where he acquired several additional suits at more attractive prices.

Dick retired from AT&T in 1993 and joined WINLAB, the Wireless Information Networks Laboratory at Rutgers University, where he still teaches a course in wireless business strategy. In 1999, he served as mayor of Manalapan Township, where he has lived with his wife, Maizie, since 1966. As mayor, he was known for the unusual quality and variety of his suits. He has written a manuscript about life at Bell Laboratories that can be downloaded at http://www.winlab.rutgers.edu/~frenkiel/dreams.

For his work in wireless, Dick has received the Alexander Graham Bell Medal (1987), the Industrial Research Institute Achievement Award (1992), the National Medal of Technology (1994), and the Draper Prize (2013). He is a member of the National Academy of Engineering and a Fellow of Bell Labs and the IEEE.

Retrieved from "https://ethw.org/w/index.php?title=Richard_H._Frenkiel&oldid=146945"
Categories:
This page was last edited on 24 February 2016, at 19:30.
About ETHW
Policies and disclaimers