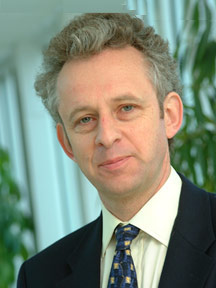 Stephen R. Forrest, Richard Friend and Ching Wan Tang have amassed a substantial list of accomplishments in the field of light-emitting diodes. The three Noble Award co-recipients have conducted pioneering research with organic light-emitting diodes (OLEDs) that has resulted in the development and quick commercialization of flat-panel displays. Their work is present in today’s state of the art high definition televisions and also is beginning to be incorporated in common portable electronic devices. Today, more than 85 companies have brought flat-panel displays to market as a result of the developments driven by these three gentlemen. OLED displays are becoming increasingly popular and also are beginning to replace small liquid crystal displays (LCDs) in handheld electronics such as cell phones, MP3 players and digital cameras because they consume less power, are thinner and lighter and can be made using inexpensive manufacturing processes such as inkjet printing. OLEDs also have exceptional video image qualities that have enhanced the quality of solid-state general lighting.

Dr. Friend was knighted by the Queen of England for services to physics in 2003 and is a professor at the University of Cambridge’s Cavendish Laboratory in the United Kingdom. Dr. Friend is a Fellow of the Royal Society, Fellow of the Royal Academy of Engineering, and received the Hewlett-Packard Prize from the European Physical Society.

Retrieved from "https://ethw.org/w/index.php?title=Richard_Friend&oldid=146941"
Categories:
This page was last edited on 24 February 2016, at 19:16.
About ETHW
Policies and disclaimers