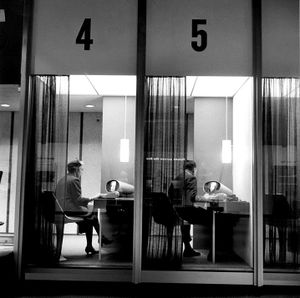 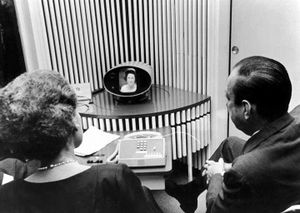 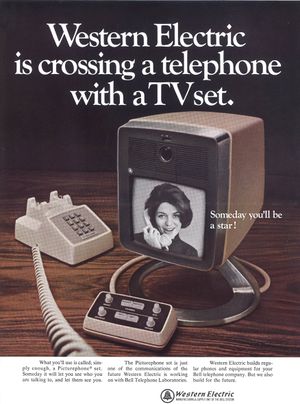 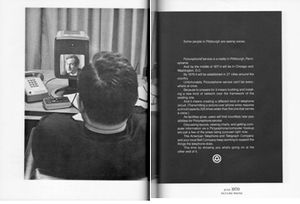 This article was initially published in Today's Engineer on February 2014

Today, with apps and services such as Skype and FaceTime, video telephone calls are cheap, easy, and readily available over the internet on computers and smartphones. Yet, video telephony remains but a small sliver of the total volumes of calls. While there may be multiple reasons, it seems clear that most people do not see a reason to, or do not want to, be routinely seen on telephone calls. Still, the new services are in another sense a final acceptance of a long held vision that one day all telephone calls would have video as well as audio, a vision most famously expressed in AT&T’s Picturephone, introduced as a futuristic demonstration at the 1964 New York World’s Fair, and then commercially in Pittsburgh and Chicago in 1970, only to be withdrawn as a commercial failure a few years later. AT&T had long believed in the vision of adding video to telephone calls. Bell Labs, AT&T’s R&D division, held a well-publicized demonstration of its television research at its New York Headquarters in April 1927; the centerpiece of the event was a conversation between US Secretary of Commerce Herbert Hoover in Washington and AT&T President Walter Gifford in New York. Hoover’s live moving image was seen, at 50 lines resolution, by both Gifford and the invited audience. A yearlong demonstration of two-way 50-line television, connecting booths in the New York headquarters buildings of AT&T and Bell Labs followed in 1930. But the electromechanical system used in these demonstrations proved a dead end. AT&T was hardly the only place with visions of video telephony; a large screen video telephone system featured prominently in Fritz Lang’s 1927 classic film Metropolis and Charlie Chaplin’s 1936 classic film, Modern Times.

Bell Labs resumed video telephone research in 1956. From this work came the April 1964 debut of the Picturephone as a major attraction at the AT&T Bell System pavilion at the New York World’s Fair.[1] A set of eight Picturephone booths allowed fair visitors to make their own video telephone calls. For the most part, selected visitors conversed with visitors in adjacent booths, though on occasion a booth would be connected to a similar booth at Disneyland in California. This proved a very popular exhibit. Bell Labs interviewed seven hundred of the many visitors; half thought that it seeing the other person was important in a telephone conversation, but half did not.

In a second 1964 trial, AT&T opened public Picturephone rooms in New York, Chicago, and Washington, that June; any two of these rooms could be rented by interested customers at rates from $16 to $27 for the first three minutes of conversation. Just 71 calls were made in the next six months, and the number declined from there; while the rooms remained through 1970, no calls were made in the final year.

Despite these setbacks, AT&T pushed ahead, choosing to focus on the positive reactions from the World’s Fair. Over the next few years, Bell Labs designed an improved Picturephone set. This set, known as the Picturephone MOD II, was a technological tour de force. It had an innovative silicon photodiode array camera, a zoom lens, and some graphics capability. It had a 5.25 x 5 inch screen, well suited to show a single person, a full-motion black and white picture at 250 lines resolution, 30 interlaced frames per second, and the ability to alternatively focus on the speaker or on a document laid in front of the unit. The picture could be turned off, and be set to show the caller’s image back to him/herself. Sound was provided by a touch-tone speaker phone. The Picturephone required three pairs of twisted copper wires to operate: the first carried the audio as it would in a conventional telephone circuit, and the additional two pairs carried the video.

AT&T had been guided for over fifty years by a well understood corporate mission of achieving universal telephone service in the US, a mission that both the company and the Federal Communications Commission agreed had been accomplished as household penetration passed 90 percent in 1969. It seemed to many at Bell Labs and elsewhere at AT&T that universal video telephony was a worthwhile new mission; a logical next step for the national telephone monopoly, and one that company officials believed could have as big an impact as the telephone itself. Thus in its 1969 Annual Report, AT&T confidently predicted that “with perhaps one million sets in use, Picturephone service may be a billion dollar business by 1980.” The following year’s report forecast 50,000 sets in 25 cities by 1975. A 1970 press release predicted a million sets by 1980. Director Stanley Kubrick sent a team to Bell Labs to study the future of telephony. The result was the prominent inclusion of a Bell System Picturephone booth in his 1968 film 2001 A Space Odyssey.

With great confidence, AT&T introduced commercial Picturephone service in central Pittsburgh on July 1, 1970. Initially, the focus was on large business customers, since the service was expensive--$160 per month for the equipment and service, and the first thirty minutes of calls; additional calls were $0.25 per minute. (This is equivalent in 2014 dollars to $950, plus $1.50 per additional minute.) [2] The day before AT&T and Bell of Pennsylvania had hosted a well-publicized ceremonial first call between Pittsburgh Mayor Peter Flaherty and Chairman and CEO John Harper of Alcoa, a leading Pittsburgh-based corporation. Picturephone service expanded to central Chicago and the suburb of Oak Brook the following year. The sets could also transmit documents and graphics, though the latter was somewhat limited by the 250 lines resolution. But the sets failed to find customers; the number of sets in Pittsburgh peaked at 32 in 1972. The number of sets in Chicago, despite AT&T reducing the price to $75 a month for service and the first forty-five minutes of calls to try and stimulate demand, peaked at 453 in early 1973. AT&T got a new CEO, John de Butts in 1973, and he pulled the plug, having concluded that the Picturephone would not be a successful extension of telephone service.

Why did the Picturephone fail? There were multiple reasons. The first is the chicken-and-egg problem that plagues all new networked technologies—a Picturephone is only useful if the person you want to contact has one. A new technology needs some niche group of enthusiasts to sustain it over these early years; and the Picturephone did not find such a group. The second was cost—it proved more expensive than its value even to the targeted business markets. Most new technologies are expensive at first, and but then come down in price. AT&T was confident that costs would come down over time, in this case with the coming employment of digital technologies, but Picturephone did not last that long. Finally, most of those few customers that it had didn’t like the service. It turns out that most users, even in a business setting, simply did not like being routinely seen on the telephone, or at best found it added little value. What some did find more useful was the ability to share documents and other graphics.

Video telephony still seemed such an obvious extension of telephone service, that there have been multiple additional attempts over the years since the failure of the Picturephone. AT&T itself introduced a consumer-oriented color videophone in 1992, the AT&T Videophone 2500. Using data compression technologies, it offered a small full-color picture that could be sent over standard telephone lines. Even though it was sold in pairs, and marketed for uses such for grandparents to see their distant grandchildren, it too failed to find a market. Other companies marketed similar sets in the 1990s and early 2000s with equal lack of success. In a way, the rise of the internet and the world wide web has in the 21st century delivered on the promises of the picturephone—video telephony is readily available (if not required), and photos, document, graphics and information are shared globally, albeit on computers and smart phones, and not through dedicated video telephone sets operated as part of the wired telephone network.

Retrieved from "https://ethw.org/w/index.php?title=Picturephone&oldid=174667"
Categories:
This page was last edited on 1 April 2019, at 19:20.
About ETHW
Policies and disclaimers