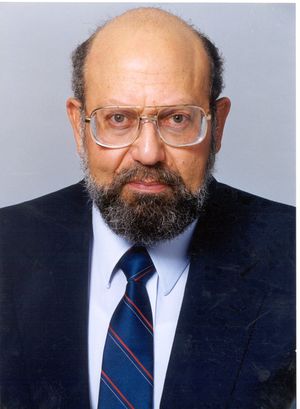 He began his career as a teaching assistant at Cairo University (1964 - 66) and at the University of Pittsburgh (1966 - 68), and then became a development engineer with Westinghouse Electric Corporation (1968 - 72). He subsequently taught at Virginia Polytechnic Institute (1972 - 83) where he became a full professor in 1981. He was a professor in Electrical and Computer Engineering at Clarkson University from 1983 - 94, at which point he joined Marquette, serving as ECE Department Chairman from 1994 - 97.

Thanks in large part to Dr. Demerdash's numerical approach to modeling, simulation and design, manufacturers of electrical machinery in kilowatt and larger sizes can design equipment that offers better performance and greatly reduced electrical losses.

Dr. Demerdash is a pioneer and world authority in modeling the electromagnetic fields inside rotating electrical machinery and drive systems using finite-element analysis, and directly relating them with the equipment's operating conditions. This work has provided an analytical basis for machinery manufacturers to use to determine equipment parameters, losses and optimum performance.

It has had an industry-wide impact on the development of conventional and electronically controlled electrical machinery, and has been widely applied to commercial software which is based on finite-element analysis.

Professor and Past Chairman of the Electrical and Computer Engineering Department at Marquette University in Milwaukee, Dr. Demerdash is a prolific, widely cited researcher. He has authored or co-authored more than 135 technical papers (including 84 IEEE Transaction papers) and 21 major reports. He also is a highly regarded teacher, having mentored 12 Ph.D. candidates and 20 masters' degree students.

Dr. Demerdash is an IEEE Fellow who has chaired, co-chaired and served on many IEEE committees, receiving four PES and PES/EMC prize paper and working group awards. He is a member of the PES Distinguished Lecturer Program and the IES Distinguished Speaker Program.

Retrieved from "https://ethw.org/w/index.php?title=Nabeel_Aly_Omar_Demerdash&oldid=173249"
Categories:
This page was last edited on 1 February 2019, at 18:36.
About ETHW
Policies and disclaimers