In 1909 Nicholas J. Conrad and Edmund O. Schweitzer developed an extremely reliable high voltage power fuse which used an arc-extinguishing liquid to assure proper interruption of short circuits. These fuses, later manufactured at this location, played a major role in the adoption of outdoor distribution substations, and the technology remains a central component of electrical transmission and distribution systems today. 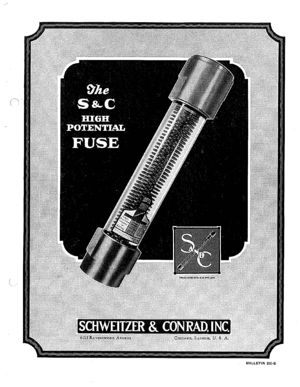 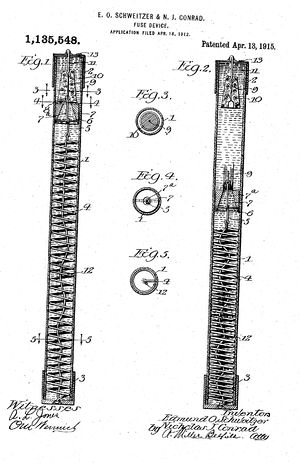 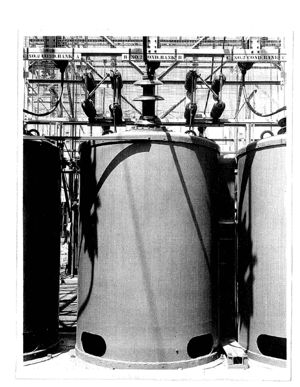 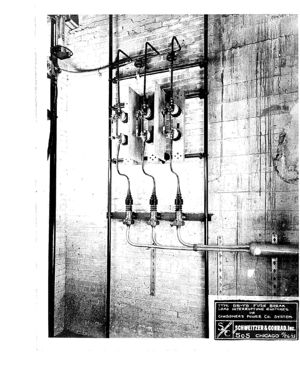 This invention provided an economical, reliable means for interrupting high-current short-circuits in electric utility substations. It allowed utilities to expand their delivery of dependable electrical service to businesses and consumers.

This fuse design was much more reliable than previous power fuses. At the time, breakdowns in electrical substations were common, negatively impacting service reliability for customers of electric utilities. Often, the problems were found to be attributable to poorly performing fault protection equipment.

The inspiration for the device came to the inventors—two Commonwealth Edison engineers, Nicholas J. Conrad and Edmund O. Schweitzer—after they investigated a fire at the Fisk Street Generating Station. They concluded that the cause of the fire was a power fuse failure.

Schweitzer and Conrad’s fuse design differed from predecessors through its use of a special arc-extinguishing liquid that assured proper interruption of short circuits, and a fusible element that offered unmatched precision in operating only when called upon. The fuse was constructed to withstand the very high temperatures associated with interrupting high-current faults, and was sufficiently rugged so it could be applied outdoors.