Milestones:Mainline Electrification of the Baltimore and Ohio Railroad, 1895

Mainline Electrification of the Baltimore and Ohio Railroad, 1895 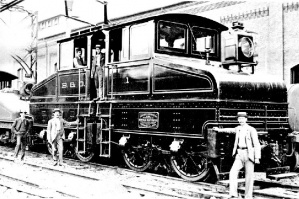 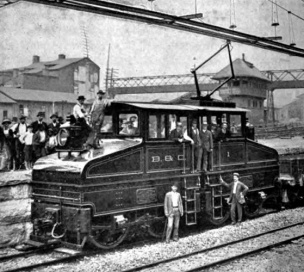 Many railroad electrification experiments and projects were proposed in North America, Europe, and elsewhere during the late 19th century. Each such proposal claimed to offer one or more improvements such as reduced expense, superior speed, power, acceleration, greater efficiency, and the elimination of the open flames, hot steam, and dense smoke associated with steam locomotives. Some of these early ideas came to fruition and resulted in important advancements in electric railway technology.

On a portion of the Baltimore and Ohio Railroad (B&O) system, the company had constructed the Howard Street Tunnel that runs beneath a section of the central part of Baltimore, MD. City ordinance prevented the installation of smoke flues and vents to exhaust the heavy smoke produced by steam locomotives in the tunnel, especially when moving passenger and freight trains on the steep northbound upgrade. The need to reduce or eliminate the dense smoke and toxic fumes in the tunnel was the impetus for what became the world’s first main line railroad electrification.

The B&O project required the design, engineering, and construction of electric locomotives, supplied by General Electric, that were 10 times more powerful than any electric locomotives built and operated up to that time. It was also necessary to design, engineer, and build large direct current (dc) power generating facilities and the entire distribution system required to provide power to the locomotives, tunnel lighting, and other electric power needs. Overall, the B&O project required that electric street railway technology, then less than six years old, be advanced and scaled up to provide railroad operation equal in power to that offered by steam locomotives, which were, at that time, the product of more than sixty years of practical experience and continued design and engineering improvement.

Attached to this nomination form is the following article that provides further background as well as design and construction details concerning the nominated Milestone achievement. The article also cites additional references under “For Further Reading.”