The plaque may be viewed on the Southbridge Massachusetts Town Common on Main Street, Southbridge, MA, U.S.A. directly across from the old American Optical main plant where the work took place, and near the eyeglass sculpture. The Common is public land owned by Southbridge. On 23 January, 2012 the Southbridge Town Council granted permission to place the Milestone plaque in the Common. 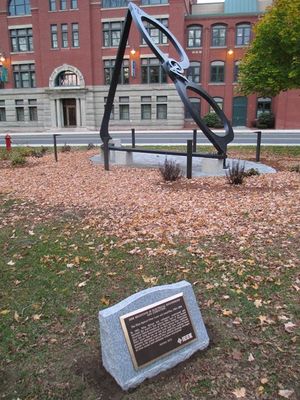 The IEEE Milestone Plaque in the town commons 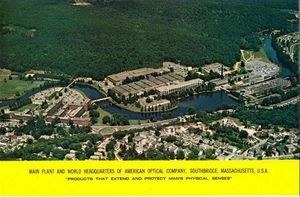 Snitzer is shown (below right) with a Nd-doped glass rod in a photo from the early 1960s. Historical images of the American Optical plant from that period are also shown below. 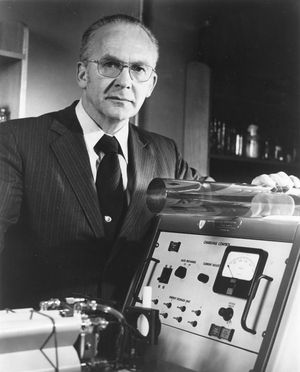 The advent of optical fiber amplifiers was vital in building the high-speed backbone of the global telecommunications network, which carries our words, pictures and data around the planet. More recently, fiber lasers have become powerful tools in manufacturing, generating multikilowatt beams that can cut and weld materials from plastics to metals.

Fiber lasers also have proved exceptionally well suited for efficiently generating high-quality beams with powers reaching many kilowatts in strength, greatly expanding the applications of lasers in cutting, welding and other machining of materials. 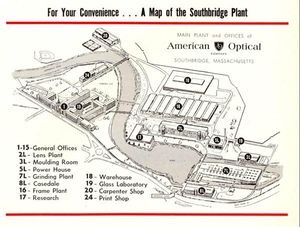