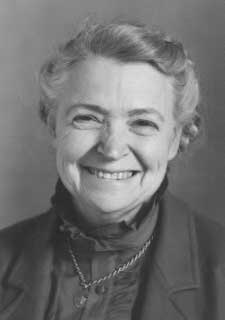 Mildred Dresselhaus was born Mildred Spiewak in Flatbush, Brooklyn, New York on 11 November 1930, and moved with her family to the Bronx when she was four years old. Raised in an impoverished household, she overcame the odds and received a high quality education, becoming a pioneer in the field of solid-state electronics.

As a student Dresselhaus showed a keen interest in mathematics and music. She attended Hunter College in New York under a state scholarship, and continued her mathematics education. But science, a field that had held little interest for her before, suddenly became Dresselhaus’ major concentration after some encouragement from a helpful physics teacher. Finding great enjoyment in science, she earned her degree in it (with high honors) in 1951. She continued her studies at the graduate level in Cambridge, England for a year under a Fulbright scholarship before returning to the U.S. to finish her degrees at Radcliffe College and then the University of Chicago. It was during her graduate school years in Chicago that she began to study superconductors, a subject that became the focus of her doctoral thesis. At that time, superconductors were one of the “hottest” fields in solid-state physics. It also brought her into contact with her future husband, Gene Dresselhaus, another researcher in the solid-state area.

Two years after her graduation and marriage in 1958, Gene and Mildred Dresselhaus were both offered faculty positions at MIT. Her research led to advances in carbon-based materials used in solid-state electronics. In part because of the high quality of her research and teaching at MIT, she was promoted to Professor in 1968.

In the late 1970s, she made important contributions to understanding the structure of graphite intercalation compounds. The work of her group on fullerenes and carbon nanotubes began in the early 1990s before these structures were well known. She also demonstrated the symmetry of single-wall nanotubes and how one could calculate their electronic structure. Her work on nanotubes continues today, including the important contribution of the measurement of Raman spectroscopy on isolated single-wall carbon nanotubes. Her recent work on the semiconductive properties of carbon nanotubes opens new possibilities in nanotechnology, and other recent research holds exciting promise for energy-related applications.

Dr. Dresselhaus’ public advocacy for women in engineering and science began in the mid-1970s, when the number of American women seeking undergraduate degrees in engineering began to rise. Recognizing this as an issue of great importance for the profession, Dr. Dresselhaus began actively speaking out in favor of women's access to careers in technology and science. Her unquestioned accomplishments in the laboratory and classroom gave her an unparalleled credibility in this national dialogue. Her 1975 article “Some Personal Views on Engineering Education for Women” (IEEE Transactions on Education) remains an immensely valuable and accurate account of the psychological and social challenges facing women in a male-dominated field. The article also stressed the critical importance of role models for women engineering students, which Dr. Dresselhaus herself has certainly served as through mentoring, formally and informally, countless young women across the United States and around the world.

She has received many honors and awards, such as the National Medal of Science (1990), the Presidential Medal of Freedom (2014), and the 2015 IEEE Medal of Honor. She was a Life Fellow of IEEE. Dr. Dresselhaus still teaches at MIT.

An oral history interview with Dr. Dresselhaus is available here

Retrieved from "https://ethw.org/w/index.php?title=Mildred_Dresselhaus&oldid=179037"
Categories:
This page was last edited on 27 March 2020, at 21:17.
About ETHW
Policies and disclaimers