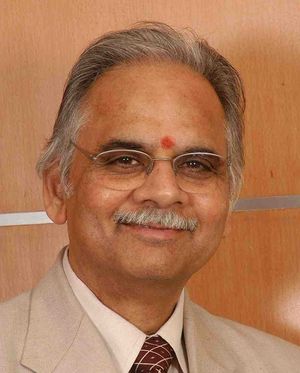 Mathukumalli Vidyasagar’s groundbreaking work addressing control system theory, paired with his ability to present complex ideas in a clear, concise manner, have helped establish him as a pioneer in the research community. Dr. Vidyasagar designed the method of stable factorization, a fundamental tool in the problem of robust stabilization. He began his career as a professor, spending two decades in academia before being recruited by India’s Department of Defence to create a new R & D institute. Following his work in the government sector, Dr. Vidyasagar joined Tata Consultancy Services, India’s largest information technology services company, where he has built a leading industrial research and development group. A Fellow of the IEEE, he also holds fellowships with the Indian Academy of Sciences, the Indian National Science Academy and the Third World Academy of Sciences. During his career, Dr. Vidyasagar has received several awards, including the 2000 Bode Lecture Prize from the IEEE and the Distinguished Service Citation from the University of Wisconsin.

Retrieved from "https://ethw.org/w/index.php?title=Mathukumalli_Vidyasagar&oldid=146613"
Categories:
This page was last edited on 4 February 2016, at 20:03.
About ETHW
Policies and disclaimers