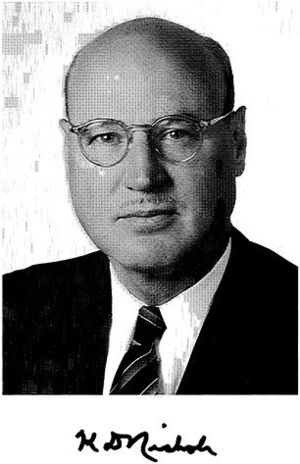 Kenneth David ("Nick") Nichols was the deputy to General Leslie Groves in the American project to develop the Atomic Bomb in World War II. He was a United States Army officer and an engineer. Later he was General Manager of the United States Atomic Energy Commission.

He was born in West Park, Cleveland, Ohio. He graduated from West Point in 1929, and received a master's degree in engineering from Cornell University. He died in Bethesda, Maryland.