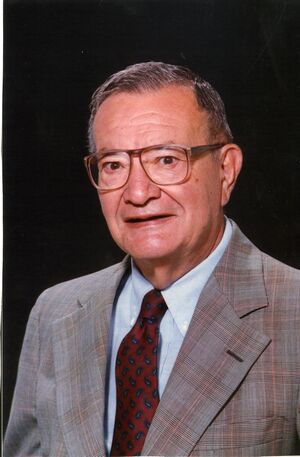 For more than three decades, Mr. Julian "Jay" Forster has worked to develop standards for the nuclear power industry and promote the IEEE as a key standardization organization. A proponent of applying computers to the standards process, Mr. Forster chaired the IEEE Standards Board from 1969-1971 and is one of only two Members-Emeriti. His work on IEEE Standard 279 (now IEEE Standard 603) 'Criteria for Protection Systems for Nuclear Power Generating Stations' was integral to establishing safety system requirements for these facilities.

An IEEE Life Fellow, Mr. Forster is a member of the IEEE Computer, Power Engineering and Nuclear and Plasma Sciences (NPSS) Societies. He has received the IEEE Professional Achievement award, the IEEE Standards Board Distinguished Service Award, the IEEE Third Millennium Medal and the IEEE NPSS Richard F. Shea Distinguished Member Award. Since 1996 he has served as a retired consultant for General Electric Nuclear Energy in San Jose, California.

Retrieved from "https://ethw.org/w/index.php?title=Julian_Forster&oldid=196206"
Categories:
This page was last edited on 3 November 2022, at 13:29.
About ETHW
Policies and disclaimers