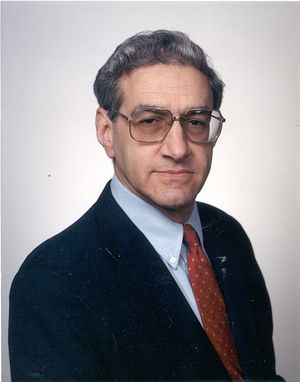 Following his graduate study he spent a year abroad, in 1962-63, as a post-doctoral fellow at the Norwegian Defense Research Establishment. Over and above the scientific growth during this fellowship year it was much more significant in that Dr. Goodman met his wife Hon-Mai. He returned to Stanford in 1963 as a Research Associate, a position he held until 1967 when he joined the Electrical Engineering faculty as an Assistant Professor. Dr. Goodman climbed rapidly through the academic ladder, being promoted to Associate Professor in 1969 and Professor in 1972.

Dr. Goodman has received a number of awards in recognition of his outstanding achievements. These include the F.E. Terman Award of the American Association for Engineering Education in 1971 and the Max Born Award of the Optical Society of America in 1983. He is a fellow of the SPIE, OSA and IEEE. The IEEE Fellow Award, in 1973, was "For contributions to the theory of imaging." He has been a distinguished invited speaker on a number of meetings including the 1984 Robert V. Pole Memorial Lecture. He was Plenary Speaker at the 1984-ICO Meeting in Sapporo, Japan, the 1985 Joint APSA-APM Meeting in Toronto, the 1985 International Conference on Speckle (SPIE) and at LASER '85 in Las Vegas.

Dr. Goodman has served in numerous positions of responsibility for the Optical Society of America and the IEEE, including committees and directorships. He is perhaps best known, however, for his superb books, Introduction to Fourier Optics and Statistical Optics. The latter book, a classic in its 20th printing, represented a "marriage" of optics with electrical engineering. These techniques, that had heretofore been the province of physics, were structured in the linear systems terminology of electrical engineers from which many major contributions arose.

Retrieved from "https://ethw.org/w/index.php?title=Joseph_W._Goodman&oldid=172909"
Categories:
This page was last edited on 25 January 2019, at 19:09.
About ETHW
Policies and disclaimers