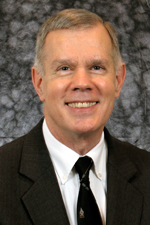 A professor of electrical and computer engineering at the Georgia Institute of Technology, John B. Peatman is acknowledged by his students and colleagues as a role model for undergraduate educators. His more than 40 years of stellar classroom teaching and six definitive textbooks on digital systems design are matched only by his concern for his students and their ongoing professional and personal welfare.

In 1969 Professor Peatman received the Georgia Tech Student Government Association’s Dean George C. Griffin Award, which honors faculty members “who have unselfishly promoted student activities.” That academic year, he created the electrical engineering senior seminar program, which brings in noted speakers to address seniors about such diverse topics as graduate school choices in engineering, law or business, the business roles of research and manufacturing engineers, job expectations and personal issues. Each year, for the next three decades, he opened his home to seniors to choose the speakers for the one-hour course.

He received the Georgia Tech Outstanding Teacher Award in 1971 and was selected three times by the Electrical Engineering senior class for the Georgia Tech ECE Outstanding Teacher Award. As a result of his dedicated mentoring of students, he was on a first-name basis with the thousands of students who were in his classes. His extraordinary memory and a collection of note cards have enabled him to maintain contact with many graduates now working in business and academe.

Professor Peatman brought digital hardware design to Georgia Tech. He has authored six textbooks on digital systems and on design with microcontrollers. More than 150,000 copies of his books have been used at 160 universities. In 1989, he participated in a Motorola-sponsored program in which students developed a low-cost microcomputer emulator board, which was then commercialized.

An IEEE Life Fellow, he is the recipient of the 1999 McGraw-Hill/Jacob Millman Award presented by the IEEE Education Society to an author in the field of electrical engineering.

He holds a bachelor’s degree in electrical engineering from Swarthmore College in Pennsylvania and master’s and doctoral degrees from Case Western Reserve University in Cleveland.

Retrieved from "https://ethw.org/w/index.php?title=John_Peatman&oldid=146350"
Categories:
This page was last edited on 1 February 2016, at 18:06.
About ETHW
Policies and disclaimers