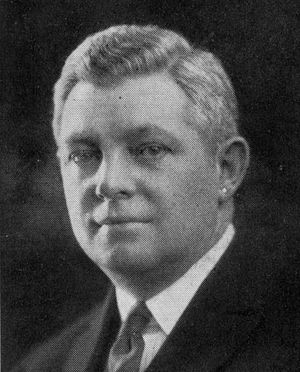 John Edward Kearns was born at Canajoharie, N.Y., November 30, 1879, and received his education at the Canajoharie High School, Clinton Liberal Institute, and the University of Michigan, taking a course in electrical engineering at the latter.

Mr. Kearns joined the AIEE in 1907 and was transferred to the grade of member in 1921. He was a Past Chairman and Secretary of the Chicago Section, and was Chairman of the National Membership Committee of the Institute.

Retrieved from "https://ethw.org/w/index.php?title=John_Edward_Kearns&oldid=178670"
Categories:
This page was last edited on 2 March 2020, at 17:08.
About ETHW
Policies and disclaimers