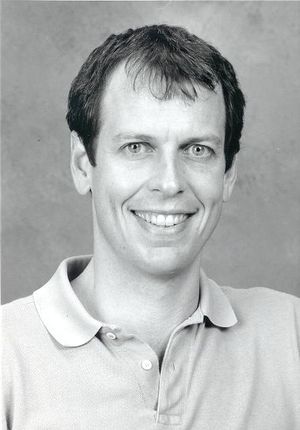 Dr. John Doyle has applied complex ideas of robust design and control to many fields and is working on a unified theory of control in engineering, physics and biology. His innovative work strongly contributes to the human understanding of multi-variable systems, with implications well beyond his field. For nearly three decades, he has served as a consultant to Honeywell's Systems and Research Center in Minneapolis, Minnesota, and since 1986, he has been a professor of electrical engineering, bioengineering and control and dynamical systems at Caltech in Pasadena, California. An IEEE member, Dr. Doyle has received many awards including the IEEE W.R.G. Baker Prize Paper Award, two IEEE Control Systems Society George S. Axelby Outstanding Paper Awards and the IEEE Power Engineering Society Hickernell Prize Award. The holder of two patents, Dr. Doyle has published more than 30 works and co-authored two books.

Retrieved from "https://ethw.org/w/index.php?title=John_Doyle&oldid=146306"
Categories:
This page was last edited on 1 February 2016, at 16:22.
About ETHW
Policies and disclaimers