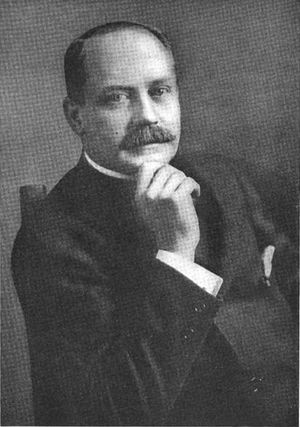 Jesse Robert Lovejoy was born on November 10th, 1863 in Columbus, Ohio, the son of Nathan E. Lovejoy. He attended the Ohio State University at Columbus, and graduated with a B.S. degree in 1884. In 1886, he was employed by the Thomas-Houston Electric Company at Lynn, MA, as an apprentice, preferring to specialize in incandescent lighting over arc lighting.

In 1887, Lovejoy became construction superintendent for the Thomson-Houston company, and was brought into the practical side of the business, becoming a strong advocate for the central station.

Retrieved from "https://ethw.org/w/index.php?title=Jesse_Robert_Lovejoy&oldid=174280"
Categories:
This page was last edited on 5 March 2019, at 16:58.
About ETHW
Policies and disclaimers