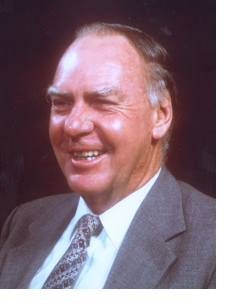 Ian Campbell McRae had a long and successful career at Eskom, South Africa’s national electric utility, where he rose through the ranks from apprentice fitter in 1947 to become the company’s chief executive officer in the mid 1980s. His career at Eskom spanned a period of rapid growth of the country and company, allowing him to participate in many corporate milestones including the construction of Eskom's current fleet of power stations, including all those powered by coal, hydroelectric, pumped storage, as well as the Koeberg nuclear power station.

Dr. McRae played a significant role in raising the standard of living in Southern Africa through his “electricity-for-all” campaign, which made electricity accessible and affordable to the region’s impoverished. These initiatives, and others, helped Eskom pre-empt and adapt to the social and political changes of the 1990s. Dr. McRae was very influential among organizations such as the World Energy Council (WEC) and the World Association of Nuclear Operators (WANO). His activities with these organizations brought him to the forefront of energy matters worldwide.

When he retired from Eskom in 1994, his reputation for fair governance and management with vision attracted many offers to help with governance on boards and commissions of interest to electric utilities. Subsequently, Dr. McRae established and became chairman of the first National Electricity Regulator (NER) in South Africa, and chairman of Southern African Development through Electricity (Sadelec) and Rotek Industries, He also was recognized as the honorary vice-president of the South African National Energy Association (SANEA), the South African national committee of the World Energy Association (WEC).

Dr. McRae has received many prestigious awards for both his business leadership and humanitarian work. He obtained both his bachelor’s of science in mechanical engineering and an honorary doctorate of engineering from the University of the Witwatersrand in Johannesburg.