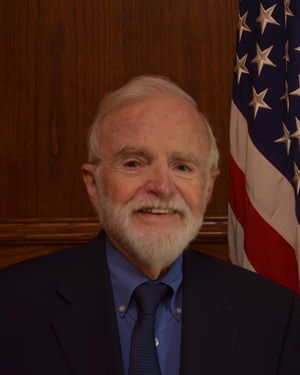 An internationally recognized expert in radar, sonar, communications, and signal processing, Harry L. Van Trees is considered one of the founders of detection and estimation theory, which has had important implications in engineering. After graduating from West Point (1952), serving in the U.S. Army, and receiving his Sc.D. from M.I.T. (1961), he joined the faculty of the Electrical Engineering Department at M.I.T. First published in 1968-1971, Dr. Van Trees’ three-volume series of textbooks on detection, estimation, and modulation theory provided a unified approach to communications, radar, and sonar. Part I, the classic in the field, is used in graduate schools around the world and has educated several generations of engineers. Many of the current military radar, sonar, and missile defense systems rely on the concepts in Dr. Van Trees’ textbooks and were designed by engineers educated with these books. Dr. Van Trees used his expertise to oversee the implementation of the theory in actual systems through a series of DoD positions, Chief Scientist of both the Defense Communications Agency and the U.S. Air Force, Principle Deputy Assistant Secretary of Defense (C3I), and Acting ASD (C3I). The fourth volume, Optimum Array Processing, published in 2002, provides a comprehensive development of optimum array processing for students and practicing engineers. In 2013, he published the second edition of Part I (in collaboration with Drs. Bell and Tian), which has been revised and expanded so that it is the most extensive and up-to-date text in the field. Dr. Van Trees was the originator of the family of Bayesian bounds. The first bound, published in 1964, was the Bayesian version of the classic Cramer-Rao bound, which provided the foundation for the family of Bayesian bounds. In 2007, he collaborated with Dr. Bell to publish Bayesian Bounds for Parameter Estimation and Nonlinear Filter/Tracking.

An IEEE Life Fellow (IEEE Fellow, 1974) and the recipient of the 2015 IEEE Jack S. Kilby Signal Processing Medal as well as the Presidential Award for Meritorious Executive (1980), Dr. Van Trees was elected to the National Academy of Engineering in 2015. He is a University Professor Emeritus at George Mason University, Fairfax, VA, USA.

Retrieved from "https://ethw.org/w/index.php?title=Harry_L._Van_Trees&oldid=186995"
Categories:
This page was last edited on 16 December 2021, at 20:30.
About ETHW
Policies and disclaimers