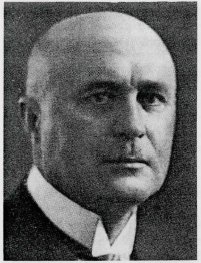 Georg Seibt attended school at the Friedrich-Wilhelm-Gymnasium in Berlin. This was followed by a technical internship of 1.5 years at the firm J. Pintsch in Fürstenwalde. He resumed his studies at the Technical University Berlin-Charlottenburg, in particular under Prof. Roessler and Prof. Slaby. In 1900, he became an assistant of Slaby. With His dissertation in 1902 was on the mathematical theory of the processes involved with telegraph sending and receiving stations. Seibt conducted further research on the elevated voltages in electrical wiring and equipment,

Temporarily at AEG and the Brown-Siemens company for wireless telegraphy, he was found his way to the Telefunken company in the position of chief engineer. In 1904, he went to the Telegraph Research Institute of the imperial post. He was the technical director of the Berlin office of an English radio company, which had collapsed in 1907. He then travelled to the United States; with the Forest Group he dealt with the introduction of the extinguishing spark transmitter. In 1910, after he returned to Berlin, Seibt considered his apprenticeship and journeyman years as completed.

He then founded his own company, Georg Seibt Electrical and Mechanical Equipment Manufacturing. Since Seibt was by nature an innovative talent, he ran a laboratory for experimental work. One of the first development works he undertook was related to the solid tuning capacitor. During the First World War he manufactured especially transmitters and receivers for wireless telegraph.

After 1918, the production of telephone equipment for the imperial post was his primary duty. In 1923, with the beginning of the German radio, the serial production of radio receivers was Seibt's primary output. Seibt also manufactured variable capacitors, improved headphones and speakers which by then used off funnel (cone speakers). Seibt also operated in the area of sound film, and made several improvements to the Triergon-system Vogts, which was first made known to Berlin in 1922. Seibt held over 300 patents prove and served as vice chairman of Association of Radio Industry and Chairman of the Technical Commission. He was granted an Honorary Citizen of his hometown Meseritz and in 1933 he received the Gauss-Weber Medal of the University of Göttingen.

Retrieved from "https://ethw.org/w/index.php?title=Georg_Seibt&oldid=145860"
Categories:
This page was last edited on 26 January 2016, at 15:43.
About ETHW
Policies and disclaimers