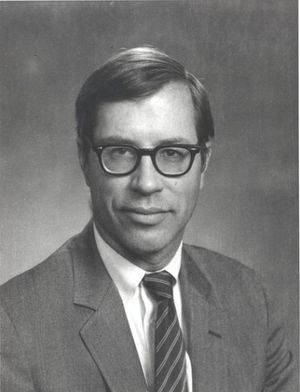 Forney joined Codex Corporation in 1965 as its thirteenth employee. During the next five years, he worked primarily on applications of convolutional codes to deep space and satellite communication applications. Under contract from NASA Ames, Forney designed the sequential decoding system for the Pioneer mission to the outer planets. During this period he introduced the representation of convolutional codes by trellis diagrams, and proved the optimality of the Viterbi algorithm.

In 1970-71, Forney was the principal designer of a family of high-speed telephone-line data modems, including the first commercially successful 9600 bps modem (Codex 9600C), which later became the basis of the international standard CCITT Recommendation V.29. He became Vice President of Research and a member of the Board of Directors of Codex in 1970. He spent the academic year 1971-72 at Stanford University, where he developed information theory course notes that enjoyed wide circulation. Upon his return to Codex, he led the development of the next generation of modem products and Codex's first networking products, both announced in 1975.

In 1975, Dr. Forney became Vice President of Research and Development for Codex, and oversaw the further development of its data communications product line. Codex was acquired by Motorola, Inc. in 1977. Over the next nine years he held various Codex and Motorola management positions, including Vice President and Director of Technology and Planning of Motorola's Information Systems Group during 1982-86.

Dr. Forney returned to full-time technical work in 1986 as a Vice President of the Technical Staff of Motorola, based at Codex. In recent years, he has been working on the fundamental theory of trellis coded modulation, while contributing to advancing commercial telephone-line modem speeds to 19.2 kb/s and beyond. He is currently participating in the development of the CCITT Recommendation 'V.fast' for dial modems at 19.2 kb / s and above.

He received the IEEE Information Theory Group Prize Paper Award in 1970, the IEEE Browder J. Thompson Memorial Prize Award in 1972, the IEEE Centennial Medal in 1984, the IEEE Donald G. Fink Prize Award in 1990 and 2009, the IEEE Edison Medal in 1992 'For original contributions to coding, modulation, data communication modems, and for industrial and research leadership in communications technology,' and the 2016 IEEE Medal of Honor. He was elected a Fellow of the IEEE in 1973, and a member of the National Academy of Engineering (U.S.A.) in 1983.