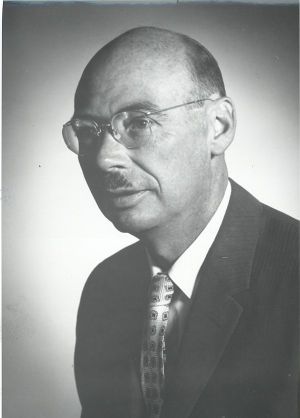 Frank C. Creed was born in Windsor, Ontario on 3 April 1921. Following his graduation with a B.Sc. in Electrical Engineering from Queen's University, Kingston, in 1945, he joined the Division of Radio and Electrical Engineering of the National Research Council of Canada (NRC) in Ottawa. During his early years at NRC he gained a valuable background working knowledge of impulse testing. He developed an impulse measuring oscilloscope, using a sealed cathode ray tube, to replace the continuously pumped oscillograph then in common use. Many impulse measurement problems stemmed from poor ground arrangements and he thoroughly studied this facet of impulse testing.

In 1950 he was granted special leave to do his doctoral work at Queen Mary College, University of London, England, and in 1952 he received his doctorate for a thesis entitled "AN INVESTIGATION OF SOME OF THE FACTORS AFFECTING THE ACCURACY OF IMPULSE MEASUREMENTS".

From his return to Ottawa in 1952 until his retirement in December 1979 his work has been primarily related to high voltage engineering, with the main emphasis being on impulse phenomena. He has contributed extensively to the theory and practice of impulse measuring systems and has taken an active part in formulating standards in this field, both nationally and internationally.

In 1971 he was awarded the IEEE Power Engineering Society Award for the paper "Step Response of Measuring Systems for High Impulse Voltages" and in 1974 he was elevated to Fellow of IEEE. In 1978 he received the Gold Medal of the Polish Electrotechnical Society. He also received the Distinguished Individual Service Award for his work on the Power System Instrumentation and Measurements Committee in 1980.

He has participated in the organization and running of IEEE both as an officer of the Ottawa Section and later as the Director of Region Seven.

Since his retirement he has remained active in both teaching and consulting. He was responsible for an IEEE short course on High Voltage Measurements. He has also devoted considerable time to home computing and has become an expert on personal computer software,

Retrieved from "https://ethw.org/w/index.php?title=Frank_C._Creed&oldid=172459"
Categories:
This page was last edited on 9 January 2019, at 21:06.
About ETHW
Policies and disclaimers