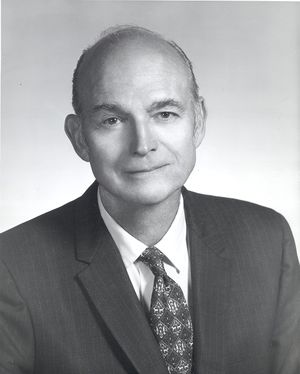 He joined the staff of the Electricity Division of the National Bureau of Standards in 1939, and concentrated on the development of standards and instruments for measuring electrical quantities and on means of evaluating hazards from static electricity. Most of his contributions have been in the development of ac-dc transfer standards for a-c voltage and current measurements. He was Chief of the Electrical Instruments Section of the Bureau from 1963 until his retirement in July 1972, after which he served as a consultant in electrical metrology at the National Bureau of Standards.

Mr. Hermach has published over 30 technical papers and hold 2 patents. He was a Fellow of IEEE and was chairman of the Instrumentation and Measurements Group. He was a member of the Electricity Metering Subcommittee of the Power Engineering Society.

He was also a Fellow of the Instrument Society of America, was an associate director of its Metrology Division, and organized its Electrical Measurement Standards Committee. He was a director-at-large of the Precision Measurements Association. Furthermore, he served on a number of standards-writing committees of ANSI and NFPA.

Among his awards are a Department of Commerce silver medal for meritorious service and National Bureau of Standards citations for superior performance. He was a registered professional engineer.

Frank and his wife, Frances, have travelled extensively in the United States, first with their two sons, George and Bill, then later by tent and trailer. His other hobbies are hiking, photography and some fishing. Bill died suddenly, leaving his wife and four young children. Frank and Frances spend much time helping to fill the void.

Frank describes himself as having been only semi-retired the past four years; free of administrative duties, but working quite actively as chairman of ANSI Committee C12 on a revision of the 200-page widely-used Code for Electricity Metering (now in print), and "bellying up to the bench" in his ac-dc research at the National Bureau of Standards. With full retirement now, there should be more time for other things.

Retrieved from "https://ethw.org/w/index.php?title=Francis_L._Hermach&oldid=172443"
Categories:
This page was last edited on 9 January 2019, at 20:12.
About ETHW
Policies and disclaimers