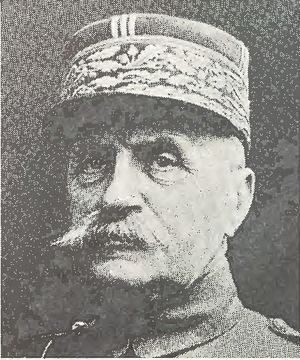 FERDINAND Foch, Marshal of France from August 9, 1917, until his death, March 20, 1929, was made an Honorary Member of the 4 national societies of civil, mining and metallurgical, mechanical, and electrical engineers, at an impressive ceremony held in the Engineering Societies' Building, New York City, on February 13, 1921. This award was made to "the world's greatest soldier in recognition of his unparalleled service to mankind." In Marshal Foch's brief speech of response he paid tribute to the engineering profession in the following words: "It was due largely to engineering and the engineering industry that the war was brought to a successful conclusion. To the engineering profession also we are indebted for many great lessons which will be vital to mankind in the future. The armies could not have done a great deal without the effort of the engineer. Success was made possible to a great extent by the industry of the people at home but when it became a question of decision, when the decisive moments arrived, the engineer stood out as an essential factor in complete triumph. What would have become of the armies without the technical training, without the professional knowledge which you have exercised for the Allies and which enabled us to lead our armies in the field, to feed them, to protect them, and to facilitate their advance quickly and decisively? It is for these reasons that I am pleased to find you here today, to receive from you so splendid a welcome and to express my gratitude and the gratitude of France, as well as the recognition of my countrymen for the tremendous sacrifices made by you and the men of your calling. I am grateful to you for including me in your ranks as a member of the 4 great engineering societies of the United States."

Retrieved from "https://ethw.org/w/index.php?title=Ferdinand_Foch&oldid=145766"
Categories:
This page was last edited on 25 January 2016, at 18:39.
About ETHW
Policies and disclaimers